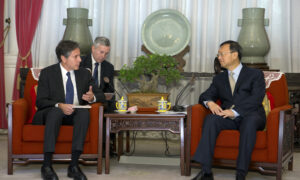 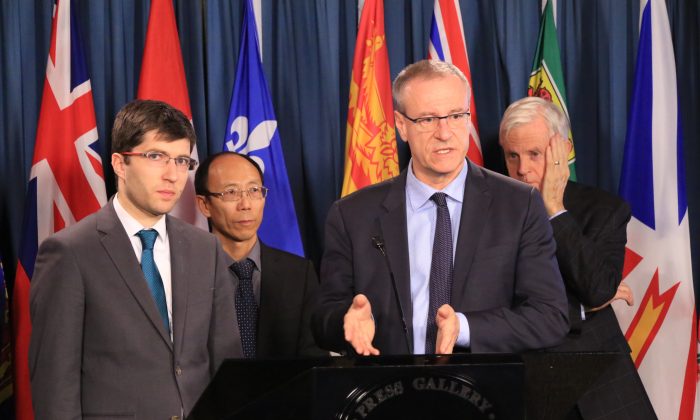 Once a celebrated engineer in China, He Lizhi spent years in and out of detention for his beliefs.

An adherent of Falun Dafa, a traditional Chinese meditation and spiritual practice severely persecuted by the Chinese Communist Party (CCP), He Lizhi recalls that he was once told by a CCP official that “Falun Gong practitioners are not human beings.”

He was speaking at a press conference on Parliament Hill on Nov. 20, hosted by Conservative MP Garnett Genuis, ahead of a House of Commons debate on an organ trafficking bill.

He Lizhi said the atrocities he experienced and witnessed in China made him realize that what the Chinese official told him “wasn’t just an apparently ridiculous claim, but a gruesome guide to the dehumanization of Falun Gong practitioners on the way to physically eliminating them.

Falun Dafa, also known as Falun Gong, teaches the principles of truthfulness, compassion, and tolerance and also consists of five sets of meditative exercises. After being introduced to the public in 1992, it spread rapidly, to the extent that according to government estimates, 70 million to 100 million people across China considered themselves practitioners by the mid-1990s. However, then-Chinese leader Jiang Zemin could not tolerate the huge popularity of the practice not under the regime’s control, and in 1999 launched a campaign of persecution against its adherents.

Since 2006, extensive investigations have shown that the Chinese regime is targeting Falun Dafa and other persecuted groups in China for large-scale forced organ harvesting. The state-sponsored crime involves removing organs from the victim while he or she is still alive, so that the organ stays fresh, and then selling the organ to a transplant patient. The victim dies during the organ removal process.

Bill S-240 unanimously passed in the Canadian Senate in October and was introduced to the House of Commons by Genuis. The bill would make it a criminal offence in Canada to receive an organ abroad without consent from the donor, and it would also make people involved in forced organ harvesting inadmissible to Canada. The bill is currently undergoing second reading in the House.

“When we heard the Falun Gong [referred to] by officials as not being human beings, it’s dehumanization, yet it’s because they are human beings that their body parts and organs have a monetary value,” said Liberal MP Borys Wrzesnewskyj at the press conference.

“It’s almost what I would call state-sponsored cannibalism of human organs and body parts for profit, and it’s just mind-boggling and so abhorrent that that could be happening today.”

Wrzesnewskyj and former Liberal MP and justice minister Irwin Cotler have introduced similar private member’s bills in the past to target international organ trafficking.  Their bills didn’t become legislation, but Wrzesnewskyj and Genuis are hoping that this time around Parliament will pass the bill before the next election.

Noting a Canadian connection to the issue, Wrzesnewskyj said that at the time that he introduced his bill 10 years ago, there was a Toronto Star report about underground clinics in India targeting poor labourers to remove their organs and sell them on the black market. He added that Canadian family members of Falun Dafa adherents at risk of forced organ harvesting by the Chinese regime have told him “gut-wrenching stories of what’s happening in the so-called People’s Liberation Army hospitals in China.”

“It’s fed by dollars, by money from the wealthy West, who need to address this issue,” he said.

Besides He Lizhi, two other adherents of Falun Dafa spoke at the event, describing how even though they were undergoing torture while imprisoned for their beliefs—against China’s own laws—they occasionally underwent extensive physical exams.

“This wasn’t normal in the labour camp. I was wondering what they intended to do. We were treated so badly there, how could they suddenly care about our health?” recalled Na Gan, who was sent to a labour camp in China for being a Falun Dafa adherent.

After she was released and escaped to freedom in Canada, and learned about the crime of organ harvesting happening behind closed doors at that camp, she said she was shocked and terrified. “When I thought about those physical examinations, I couldn’t become calm.”

David Kilgour, a former MP and secretary of state for Asia-Pacific whose joint investigation with human rights lawyer David Matas was the first comprehensive look into China’s state-sponsored organ pillaging, said it’s “extremely embarrassing” that Canada still doesn’t have legislation to combat organ trafficking given that “Canadians have been involved in this issue for a long time.”

Several countries, including Taiwan, Spain, and Norway, have already passed such legislation.

Besides reducing the demand for organs provided through illicit means, Genuis said the fact that the bill makes individuals involved in the crime inadmissible to Canada is a powerful disincentive. He hopes the bill will encourage other countries to adopt similar legislation, “to have more countries be part of sending that strong message.”

Following the first debate session on the evening of Nov. 20, the bill will undergo a second debate in a future session.