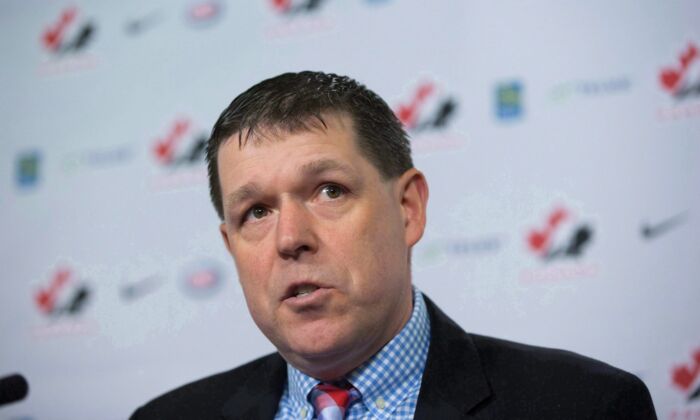 A lawyer from the firm conducting a third-party investigation into allegations of sexual assault against players from Canada’s 2018 world junior hockey team is warning a parliamentary committee that she may be unable to answer all of their questions.

Danielle Robitaille, a partner at Henein Hutchison LLP, says Hockey Canada told her that some information is under solicitor-client privilege and that some of the questions from the House of Commons heritage committee could undermine the integrity of the ongoing investigation.

The committee is meeting today and Wednesday as it tries to unravel what happened when Hockey Canada learned about an alleged group sexual assault involving eight unidentified players after a gala in 2018.

Robitaille says Hockey Canada contacted her firm the day of the alleged assault in June 2018 and that the initial investigation was closed because the complainant, who filed a lawsuit this spring, did not provide a statement.

She says the complainant has now given her “detailed version of events,” enabling investigators to interview nine more players who were at the event and had declined to be interviewed in 2018.

Hockey’s national governing body has been under intense scrutiny since news of its settlement in response to the complainant’s lawsuit was first reported in May, and that grew as another allegation related to the 2003 team surfaced last week.