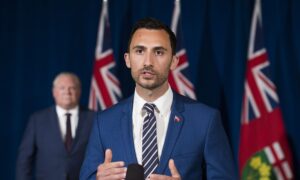 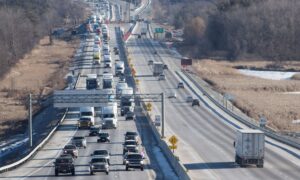 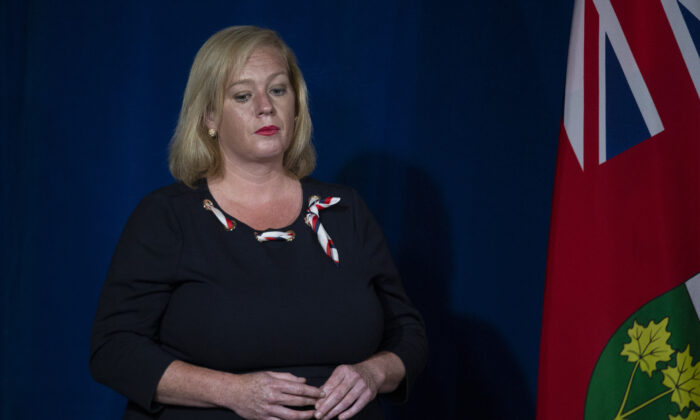 Ontario MPP Lisa MacLeod is again under police protection after receiving threatening emails, according to a Twitter post by her deputy chief of staff.

“I can confirm that Minister MacLeod is once again receiving police protection due to threatening emails and an unexplained mischievous incident to her personal vehicle in Ottawa,” Derek Rowland tweeted on Aug. 13.

“Minister MacLeod continues to condemn threats and verbal harassment against politicians and the danger it poses to them, their families and their staff.”

This is not the first time MacLeod, the minister for Tourism, Culture and Sport, has been threatened. She did not attend a rally about changes to autism funding last year due to receiving threats. In relation to the incident, Ottawa police arrested and charged a 41-year-old woman last March for uttering threats to cause bodily harm, as well as criminal harassment.

MacLeod, then Minister of Children, Community and Social Services, received backlash last year over changes to the province’s autism program, which proposed less government support for intensive therapy. Such therapy for a child with severe autism could cost $80,000 a year.

Changes to the program mean that classrooms have to deal with thousands of children with autism who used to attend school part time, now attending full time.

Larry O’Malley, president of the Ontario Principals’ Council, told CBC Radio’s Metro Morning at the time that principals were concerned about how schools would cope given the limited resources available.

“We want to know what the expectations are and if there is going to be increased funding to support these students,” O’Malley said.

“Currently, if the students are only attending for a very short period of time, the support staff is there to support them for that short period of the day. If the students are now going to be in the school on a full-time basis, we don’t currently have the supports in place or the staff in place to support them for full time, five days a week,” he said.

The government said its aim with the new plan was eliminate the backlog of 23,000 children waiting for autism therapy services. While opposition MPPs called on MacLeod to resign, she said she would implement the government’s decision as the minister responsible for the province’s autism program.

“I remain committed to ensuring that we get the 75 percent of children who are on the wait list cleared off the wait list. That’s why I doubled the investment into diagnostic hubs, including at the Children’s Hospital in Eastern Ontario,” MacLeod told CBC on Feb. 17.

“And that’s why we will go directly to funding parents so that we can empower them to get the best choices for their child—whether that’s behavioural therapy, technological aids, respite care, or caregiver training.”

It is not known if the new threats to MacLeod are also related to policy changes. Some media are suggesting the threats may be due an interview MacLeod gave to a local Ottawa radio station where she condemned an offensive video targeting MP Catherine McKenna that was posted to social media.

Rowland said in his tweet that for the past seven weeks, MacLeod has been travelling around the province to boost consumer confidence in Ontario’s tourism sector following the pandemic.

Ontario NDP Leader Andrea Horwath issued a statement denouncing the threats against MacLeod, saying she hoped the perpetrator will be held accountable.