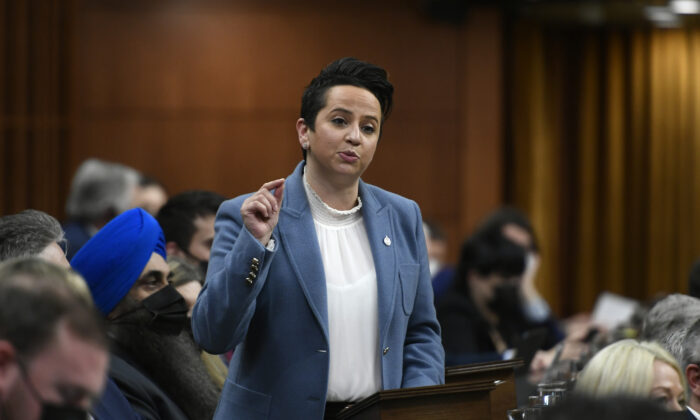 A petition presented in the House of Commons is calling on Heritage Minister Pablo Rodriguez to provide a list of the individuals involved in approving a government grant to a group with ties to consultant Laith Marouf. Funding to the group was pulled after Marouf was found to have made anti-Semitic comments on Twitter over several years.

“Only a public inquiry with compulsory document production and evidence taken under oath can satisfy the Canadian public as to who in the government knew about the consultant’s history of racism and hatred and why they failed to act promptly and decisively,” read the petition, which was sponsored by Conservative MP Melissa Lantsman and also endorsed by the Canadian Anti-Semitism Education Foundation, as first reported by Blacklock’s Reporter.

The petition was submitted and opened for signatures on Sept. 1 and will remain so until Oct. 1. To date, it has accumulated nearly 1,000 validated signatures.

The federal government revoked its grant of over $133,000 to the Community Media Advocacy Centre (CMAC) in Montréal after senior consultant Laith Marouf was found to have posted private tweets disparaging Jewish people.

Housefather said in a National Post article published on Aug. 23 that “action could have been taken more quickly.”

“I said the contract had to be cancelled,” Housefather said. “I alerted [Hussen] and I persistently communicated with the minister in his office, from the day I learned about it, until today, and aggressively demanded that action be taken.”

The government cut its funding to CMAC until after media outlets reported on several of Marouf’s racist tweets, in one of which he referred to Jewish people as “bags of human feces, aka the Jewish White Supremacists.”