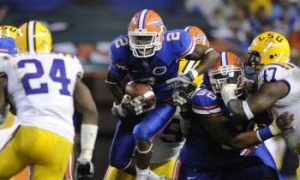 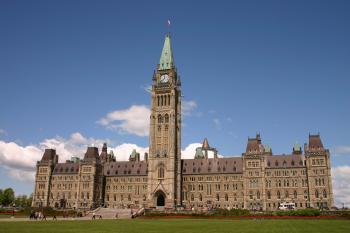 By Cindy Chan
Print
OTTAWA—The jeers, insults, shouting, and vague, evasive answers that take place daily during parliamentary question period will soon be a thing of the past if Michael Chong has anything to do with it.

The backbench Conservative MP is optimistic that his motion to fix question period, which comes up for debate next Thursday, “can reform Parliament and make it relevant again.”

“I think behaviour in question period currently is abhorrent. I think that the level of decorum and behaviour needs to be elevated, and that’s what my motion is all about,” says Mr. Chong, MP for Wellington-Halton Hills, Ontario.

“The behaviour is terrible, and as a result, the level of debate is extremely low, and the issues that matter to Canadians are not being debated,” he says of the 45-minute parliamentary session when MPs have a chance to hold the government accountable.

“So instead of talking about the economy, environmental issues, the concerns Canadians have about their jobs, question period’s turned into a place where people try to score cheap political points.”

“Elevating decorum and fortifying the use of discipline by the Speaker to strengthen the dignity and authority of the House” is one of six changes Mr. Chong’s private member’s motion, M-517, proposes.

M-517 also suggests lengthening the amount of time for each question and each answer. The current 35-second limit is too short for meaningful discussion, and “people ask rhetorical questions and give rhetorical answers” as a result.

Another problem is that ministers can refuse to answer a question, or simply give the question to another minister. M-517 seeks to revisit this convention.

In addition, currently the Speaker can only allow MPs to ask a question who are on a list submitted by their party in advance. MPs can’t ask a question they think of during the discussion, and can’t ask any question unless they have approval from their party’s House leader and whip and have their name put on the list.

Mr. Chong suggests allocating half the questions each day for members whose names and order of recognition would be randomly selected.

He also proposes allocating Wednesdays exclusively for the prime minister to answer questions, following a similar model in place in the United Kingdom and other parliamentary governments.

Currently, the prime minister attends question period from Monday to Thursday and answers questions for about 10 minutes each day. Compressing it into one day would give him more time to attend to executive functions the other days.

Mr. Chong suggests using the rest of the week for other ministers to answer questions. It would be based on a rotational schedule that’s published and that requires ministers to be present two of the four days.

M-517 is asking the Standing Committee on Procedure and House Affairs to study these six areas and recommend changes in six months’ time.

“I think Canadians are hungry for change and I think a lot of members of Parliament are hearing that from Canadians,” Mr. Chong says, noting that his motion was seconded by 20 MPs from three political parties. He thinks more would have joined if they were allowed to, but 20 is the limit.

Among them is Denise Savoie, NDP MP for Victoria, B.C. “[Question period] isn’t always pretty, and what I see is a rehearsed disrespect, and what I’ve called ‘manufactured outrage,’” she says.

As Assistant Deputy Speaker, Ms. Savoie says she herself has been taking initiatives to help the Speaker and work with MPs to achieve a more respectful atmosphere during question period, “because that’s the condition for a democracy to thrive—the ability to have that debate pro and con in a respectful way, without bullying, without mud-slinging.”

The democratic process allows motions to be scrutinized, debated, and improved upon if need be, but she says she believes there is support for Mr. Chong’s motion to be adopted.

Liberal MP Siobhan Coady agrees. The MP from Newfoundland and Labrador is among the 20 who seconded M-517. “I really appreciate the spirit of Mr. Chong’s motion,” she says.

“I think that most people would consider it important to always review processes within Parliament to ensure that it’s effective and responsive to Canadians’ needs . . . that’s part of what I call good governance.”

She noted, for example, the need for ministers to have more accountability so that they actually answer questions that they’re asked. “I think everyone is looking forward to having Procedure and House Affairs look at Mr. Chong’s proposal.”

An estimated 59.1 percent of Canadians voted in the last election in October 2008, a record low in Canada’s electoral history. Canadians are refusing to vote and are “overwhelmingly turned off by the behaviour they see in question period,” Mr. Chong says.

“My motion is an attempt not only to fix the behaviour in the House, but also to make the discussion more relevant to day-to-day issues of concerns of Canadians. . . . I’m optimistic that we can reform Parliament and make it relevant again.”