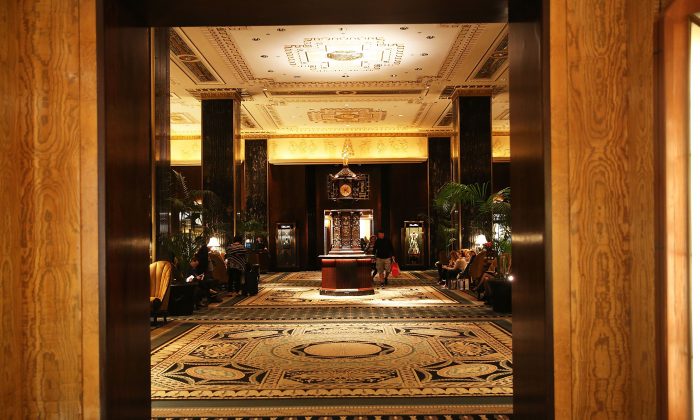 The entrance to the Waldorf Astoria, the landmark New York City hotel, is viewed on Oct. 6, 2014. Hilton's sale to Anbang Insurance may have marked the peak of Chinese investment in US Real Estate. (Spencer Platt/Getty Images)
Viewpoints

Residential sales fall as Chinese investors withdraw from US market

For the past six years, according to the National Association of Realtors, Chinese buyers have led the foreign investment trend as the largest group of residential investors in the United States. China surpassed Canada in U.S. home purchases in 2014. In terms of actual dollars spent, China makes up about 25 percent of all foreign investment. By contrast, Canada was second highest, at just 9 percent.

What’s driving the fall in Chinese investors from the U.S. real estate market?

Since prices have risen in double-digit percentage figures over the past several years, investment capital doesn’t go as far as it used to, and real estate has become too expensive. Chinese investment levels in U.S. residential real estate may have reached their peak, especially in light of China’s current economic challenges.

Lower demand from Europe and around the world for Chinese products has also contributed to China’s economic woes. Chinese factories are closing, and labor protests are rising as conditions in China continue to deteriorate. In short, China is experiencing its worst economic downturn in almost two decades.

But just as important to the picture are the policies China’s leaders are pursuing in reaction to these economic shocks. They constitute a somewhat predictable and unfortunate chain of events. With the Chinese Communist Party (CCP) now applying stringent capital controls, it is severely limiting how much money Chinese citizens can take out of the country.

Furthermore, the value of the yuan has fallen against the U.S. dollar into near-record-low territory. As a result, U.S. home prices have become relatively more expensive than when the yuan was stronger against the dollar. The exchange rate isn’t expected to be favorable to the dollar in the foreseeable future, making U.S. houses even more expensive for Chinese than for Americans.

These factors, coupled with the rising political tensions between China and the United States, have had a direct effect on the level of Chinese investment in the U.S. real estate market. The scale of the pullback, however, has been greater than anyone expected. Prices have already begun to fall.

What’s more, the biggest region to be impacted is likely to be the West Coast, from California to Washington, due to the relatively high concentrations of Chinese nationals in those areas. Those areas have some of the highest value markets in the country. It’s estimated that up to 40 percent of Chinese real estate investors have made their purchase in California.

With home prices now falling as the Chinese pull back, how low can they go?

A Replay of the Japanese Episode of 1989?

After seven consecutive years of rising prices, sales have been flat or falling over the past year. Few expect demand to increase across the board, even with the possibility of lower interest rates.

With diminishing Chinese demand for residential housing, is the market—especially in California—in for another crash?

It wouldn’t be the first time a fall in foreign demand—and the market distortions that come with it—have led to a collapse in real estate prices. Japanese investment into the U.S. real estate market flowered due to Japan’s rise as a manufacturing competitor to the United States, combined with Japan’s liberal monetary policy and relatively cheap home prices, by Japanese standards.

This helped to greatly inflate real estate prices, which led to the boom of the late 1980s and early 1990s. But when Japan’s economy contracted, so did the U.S. housing market. This led to almost a decade of low prices and scarce demand.

Could It Happen Again?

The Chinese exodus from the market is not the only reason for falling prices, but it contributes to a break in buyer confidence in home values.

Recall that the Great Recession was essentially brought about by easy credit that led to skyrocketing home prices. There were other factors, too, regarding the securitization of bad debt, but the essential culprit was easy credit, which created too many buyers. The source of the easy credit, whether from the U.S. Federal Reserve or the People’s Bank of China, is secondary to the impact it has on the market.

When that easy credit (loans) went away, buyers and investors went away, too. The confidence in the market was shaken because the values were distorted by unusual and non-customary factors in the market. The only way for the market to right itself was for prices to fall. The price adjustment was slow at first, but as buyer confidence fled the market, prices fell rapidly and owners abandoned their overpriced homes.

It’s a small world, especially when it comes to trade and investment. Interdependence means few sectors of an economy can remain immune to the effects of a trade war or recessions in another part of the world, as the Japanese episode of the 1990s has shown.