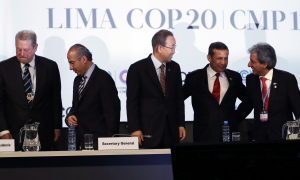 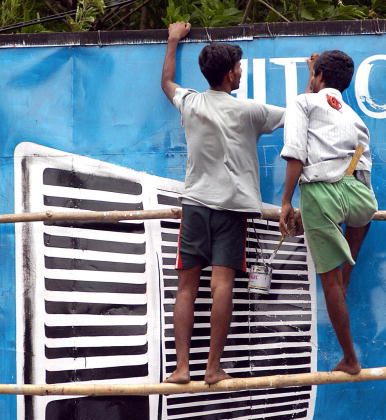 After six years of gridlock, India is stepping forward in discussions with over 180 countries on protecting our climate and moving forward with a global phasedown of hydrofluorocarbons (HFCs), super potent heat-trapping greenhouse gases. At the Montreal Protocol’s discussions today in Paris, India’s Environment Minister Prakash Javadekar made it clear that India was ready to take action on HFCs, climate-changing chemicals used in air conditioning, refrigeration, foams and aerosol products, and highlighted key areas for discussion. Minister Javadekar’s statement remains faithful to the joint statement issued by Prime Minister Modi and President Obama in September, pledging to cooperate on “the challenge posed by HFCs to global warming.”

With India and China dropping prior opposition to discussing HFCs under the Montreal Protocol, this is certainly a major move in the right direction. As our colleague David Doniger points out, “Because those markets are growing so fast, if the HFCs aren’t nipped in the bud, they will undo all the positive effects of the Montreal Protocol by 2050.” In recent years, India – along with a small number of countries – has opposed discussions about an amendment from getting underway. Minister Javadekar’s statement, finds a middle ground, following parties agreeing to the formation of an “informal discussion group” earlier this week.

India called for clear roles for developed and developing countries, with different phasedown schedules, and asked that the Protocol’s Technology and Economic Assessment Panel step up efforts to provide clarity on current production and consumption patterns of HFCs. The Chinese delegation emphasized that Montreal Protocol has unparalleled expertise in dealing with production and consumption of HFCs, and supported improved coordination between Montreal Protocol and UNFCCC. Meanwhile, China continues to increase efforts to comply with its existing commitments to the international climate community.

The movement by India builds on the Obama-Modi joint statement earlier this year.  The two leaders finally broke the deadlock by announcing plans to “use the institutions and expertise of the Montreal Protocol to reduce consumption and production of HFCs, while continuing to report and account for the quantities reduced under the UNFCCC.”  The overall progress at the international meetings this week also reflects the recent surge of domestic and bilateral action on climate change, including the historic US-China announcements earlier this month. Minister Javadekar’s participation in the discussions, after a drought of minister-level participants, also signals that India is taking seriously both the Obama-Modi joint statement and climate change action.

The issues raised by India and other developing countries have been voiced in the past, and can be broadly classified as legal, technical and financial in nature. So far at the meeting of parties this week, resistance is coming from a handful of countries led by Saudi Arabia, Kuwait, and Pakistan, taking a stand on “principle,” that HFCs should be dealt with under UNFCCC as they are global warming gases. The vast majority of countries, however, have been aligned that the way forward is for countries to work together under the Montreal Protocol, with spirit of international cooperation, to solve this problem under this treaty.

Reducing the use and emission of these dangerous chemicals, largely used for cooling, is not only good for the planet, but it is also good for business, with the availability of technology and alternatives increasing every year, as shown by our research (available here and here). Stay tuned for the last day of the Montreal Protocol discussions tomorrow as countries will decide next steps for 2015.

This article was originally written and published by Anjali Jaiswal, a contributing writer for the NRDC Switchboard blog. For the original article and more information, please click HERE.