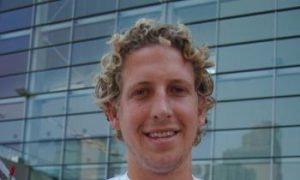 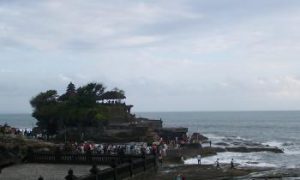 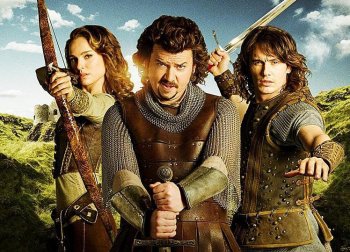 By Derek Padula
Print
If there were an award in cinema for most perverted jokes in a single film, then Your Highness would win it. Now, in regard to awards that actually exist … not so much.

Your Highness tells the storybook tale of two brothers on a quest for love. At least that’s the string of a plot that connects all the disparate pieces of this film together. The reality is one setup after another for college-level humor and slacker-drug jokes amid a fantasy background. If that’s your idea of a good time, then strap yourself in and prepare to be entertained.

There are two princes in the Kingdom of Morn. The first born, Fabious (James Franco), is perfect in every way, while Thadeous (Danny McBride) is consistently lazy and oafish. Fabious has just returned home from his latest quest and with spoils in tow, including his new bride-to-be, Belladonna (Zooey Deschanel).

Unfortunately on the day of Fabious’s wedding, the evil sorcerer Leezar (Justin Theroux) crashes the party. He wants Belladonna for himself and whisks her away to his dark tower. The king orders Thadeous to join Fabious on his quest, lest the kingdom fall into ruin, and so their adventure begins.

Along the way, they run into a five-headed dragon, a Minotaur, a wise wizard, and an attractive yet stoic warrior named Isabel (Natalie Portman) with whom Thadeous repeatedly makes crude attempts at romance on their way to Leezar’s lair.

Meanwhile Fabious has his own problems to deal with—including the looming five-day deadline before the Twin Moons enter into an eclipse and Leezar completes his perverted ceremony with Belladonna.

It is readily apparent that the cast had fun making this movie, especially Franco, who shows a positive spirit and a genuinely good sense of comedic timing. Portman’s performance as a masculine heroine is rather stiff, but she pulls it off and helps give play to the others’ humor.

McBride’s performance is so perverted and crass that you can only hope that he’s acting and that this is not his real personality caught on film. (He also wrote the movie.)

In some scenes, it seems like there was no script or direction (from David Gordon Green). In fact, the lines appear to be ad-libbed on numerous occasions. This can often be comical; however, the overuse of the F-word gets old. Couldn’t think of anything funnier to say?

Frankly, the majority of laugh-out-loud moments occur when the actors throw pretense out the window and provide geeky awkwardness instead of fantastical stereotypes.

Where this movie shines is in the overall mood and feel. The special effects were surprisingly admirable given the standard of the rest of the film, although be prepared for a lot of gore. Filmed on location in Northern Ireland, there are lush colors and environments straight out of a Dungeons & Dragons adventure, including dwarfs, forest dwellers, and witches. Makeup and costumes are also well done.

Action scenes and realistically mild fight choreography are peppered throughout, making for some exciting moments. McBride clearly did no training for the fight scenes, as his goofy use of a sword is part of his persona.

Your Highness has an entertaining story, comedic acting, and solid production values, though it is extremely immature, perverse, and male-centric. You may feel a bit sullied after the experience, depending on whether or not you like that kind of thing.