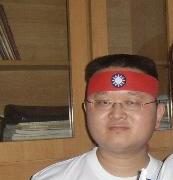 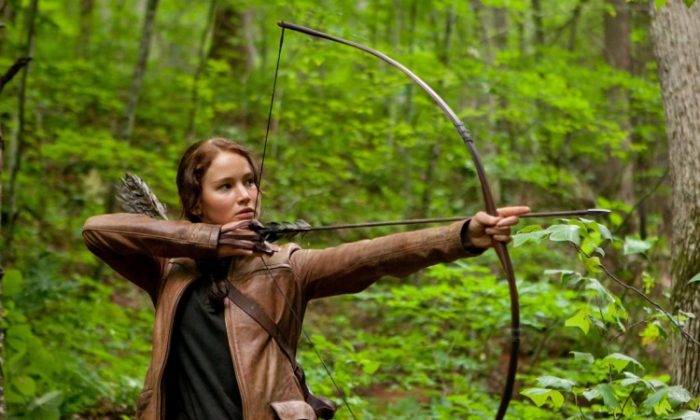 Jennifer Lawrence and Liam Hemsworth in the science fiction action-drama “The Hunger Games,” a film about a boy and girl in a post-apocalyptic society selected to duel to the death on television. (Murray Close/ Lions Gate Entertainment)
Entertainment

In an age of war and reality television, “The Hunger Games” depicts how two underdogs struggle to survive a deadly competition between teenagers. The buzz around the hot sci-fi film has drawn massive attention among social media, critics, and fans, all questioning if it will live up to the hype and reach the same levels of success as the Harry Potter and Twilight franchises.

Every year, each district of Panem (the ruins of North America) has to send one boy and girl between the ages of 12 and 18 to the Capitol to train and compete in the Hunger Games—a lethal competition televised to serve as a government intimidation scheme.

On Reaping Day, 16-year-old Katniss (Jennifer Lawrence) reassures her younger sister Prim (Willow Shields) that she won’t get picked because her name was only submitted once. When Prim’s name is chosen and announced by Effie Trinket (Elizabeth Banks), Katniss immediately volunteers to be the female “tribute” to take her sister’s place.

Peeta (Josh Hutcherson), Katniss’s fellow District 12 tribute, is reaped and both are brought to the Capitol to begin training. At the Capitol, a hedonistic place filled with flamboyantly dressed citizens, the pair meets unique characters, like the charismatic television host Caesar Flickerman (Stanley Tucci) and the benevolent stylist Cinna (rock musician Lenny Kravitz).

An expert archer, Katniss relies on her sharp instincts and mentorship of the impaired former District 12 victor, Haymitch (Woody Harrelson), to battle and outsmart the twisted game. Katniss struggles with loyalties in the game arena and spirals further into conflict when her fellow tribute, Peeta, is the last person she wants to kill.

Lawrence is a natural artist embodying the fierce and determined Katniss, who has become hardened and untrusting over time to everyone except Prim and her best friend Gale (Liam Hemsworth). In a film that is vastly centered on her character’s perspective, Lawrence’s performance and energy alone outshone many other aspects of the film, providing heart-pounding entertainment and perfectly capturing the essence of Katniss.

Lawrence has garnered an Oscar nomination for Best Actress for her performance in the low-budget indie thriller Winter’s Bone and is becoming one of Hollywood’s most promising actresses. Lawrence’s co-star, Hutcherson, portrays the extremely good-hearted Peeta who is secretly in love with Katniss, though that is not the focused element of the film. He and Lawrence work off each other fluently onscreen, but his presence is faint.

Donald Sutherland (Space Cowboys) makes his appearance as the Capitol’s dictator, President Snow, and Wes Bentley (American Beauty) as the Head Gamemaker, both controlling all aspects of the game.

The film stays close to the novel with consistent character development, cinematography, and a terrific cast, allowing this film to be a satisfying book-to-film translation. Much of this credit goes to director Gary Ross who co-wrote the screenplay with the novel’s author, Suzanne Collins.

Ross’s clever use of facial close-up shots tugs at the heart without relying on clichés or extra gimmicks, fully portraying Katniss’s first-person standpoint without the help of narration while his shaky-cam shots give the rawness that fits the content.

The only issue holding back half a star was the special effects, more specifically, the treatment of fire in the movie. Given that fire is a common element throughout the story, the outcome of the flames is slightly disappointing. Additionally, there were some minor elements from the book that were altered to make way for the bigger sequences and motifs of the story but not distracting enough to dispute that the film fully complements the book.

Despite the constraints on fully depicting the violence and gory scenarios from the book due to the film’s PG-13 rating, Ross flawlessly delivers Katniss’s point of view, the terrifying battles fought in the arena, and a number of deaths without neglecting emotions. The film’s soundtrack, or rather, lack thereof, magnifies each moment, creating a greater impact to the overall tone and evoking a more compelling response from the audience.

The Hunger Games successfully portrays Suzanne Collins’s heavyweight message of sacrifice and survival, sparking the strong beginning of a new cultural phenomenon and definitely living up to the hype.