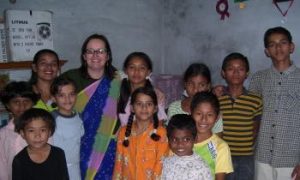 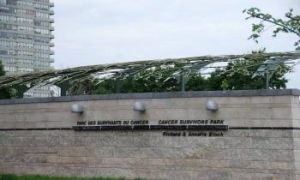 Movie Review: ‘Legend of the Fist: The Return of Chen Zhen’

By Derek Padula
Print
A 1920s Shanghai occupied by foreign powers? A group of freedom fighters rising up against tyranny? Bone-snapping martial arts fisticuffs? Check, check, and check. Legend of the Fist: The Return of Chen Zhen seems to have it all, but some notable flaws detract from an otherwise solid action film.

For a battle-hardened martial artist who just returned from the front lines of World War I, Donnie Yen portrays a surprisingly handsome and well-to-do socialite. His perfectly white teeth, slick hair, and fashionable leather jacket fit right in with his motorcycle and playboy lifestyle at the Casablanca Club.

Ah, but you see, it’s all a persona! The real man is Chen Zhen, an insanely talented and fearless defender of the people. By night he wears a mask a la The Green Hornet, decimating any nearby Japanese soldiers as they work their way through the military’s “kill list” of Chinese intellectuals.

The character of Chen Zhen is based on a legendary Kung Fu hero of the same name. Popularized in China and Hong Kong, Chen Zhen was a practitioner of the Jing Wu style of martial arts. He was portrayed by Bruce Lee in Fist of Fury (1972) and Jet Li in Fist of Legend (1994). Donnie Yen portrays the character admirably, with his own particular style, though at times paying direct homage to Bruce.

Chen Zhen tries to work his way into the inner circle of mobster power while he befriends the lead courtesan at the club, named Kiki (played by Shu Qi), and confronts the Japanese colonel and karate master Chikaraishi (Ryu Kohata), who is determined to conquer Shanghai.

The film is subtitled as characters speak Mandarin, Cantonese, English, and Japanese simultaneously. The settings and costumes are exceptionally detailed and truly make it feel like an authentic period piece set in Shanghai.

An odd characteristic of the film is the stereotypical pro-China, anti-foreign-power stance. The Japanese have occupied Shanghai while the British try to profit from the chaos. The united freedom fighters, students and blue collar workers led by Chen Zhen, are the prototypical good guys opposed to the evil Japanese empire and British greed. They feel victimized, and only the power of pure Chinese ways of life and martial arts can right the wrongs.

It could be argued that the rhetoric and broad cultural strokes are simply the nature of the story and personality of the characters, as this was the historical situation. However, when you look at Donnie Yen’s most recent blockbusters Ip Man (2008) and Ip Man 2, (2010) you will notice a recurring theme. They all involve foreign powers that have invaded China, with only a superior Chinese man, cultivated in superior Chinese martial arts, able to prove to the world that the Chinese are not “the sick men of Asia,” a slanderous term used by foreigners at the time.

Nevertheless, the result is a martial arts feast for the eyes set against a relatively believable story of spies, intrigue, cultural clashes, war, and the power to defend what you believe in.

The pacing and editing can be noticeably slow at times, but if you are into martial arts films in even the slightest way, then you owe it to yourself to watch it for the fight scenes, especially the final confrontation.

How can you complain while you’re watching one man fight against an entire Dojo of martial artists with nothing but his fists and a pair of nunchaku?