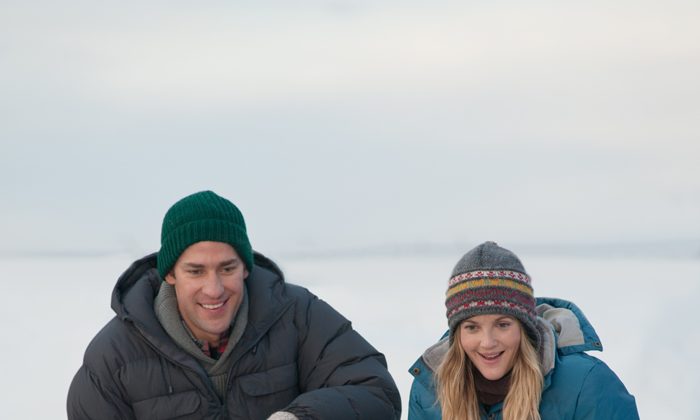 “Big Miracle” is a feel-good movie for people of all ages and is full of fun, warm, sad, and serious moments. It’s based on the true story of three gray whales trapped by rapidly forming ice in the Arctic near Anchorage, Alaska, and how a Greenpeace activist, played by Drew Barrymore, rallies a campaign to save the whales.

Eventually this campaign turns into a nationwide media phenomenon, gripping the hearts of all Americans. Along the way are comedic twists and cute turns, as well as hold-your-breath and heart-wrenching moments.

Anchorage and its locals brings a sense of quirkiness to the movie as people from all over the world come to this small town like fish out of water. People from the lower 48 are just not used to the pace of Alaskan life and being in a town with only one hotel and temperatures so low that your eyelids can freeze shut. However, the locals have a deep and unique heritage and spirituality, with immense respect for nature and the whales.

The outside world has its differences with the locals, but this plays into the heartwarming theme of the movie as people from various walks of life transcend their differences to work together to save the whales. Cheesy as the setup may sound, it’s effective. That it actually did happen makes it even more so.

For example, the greedy oil executive played by Ted Danson sees it in his best interest to help the whales as a chance to up his PR status. Danson, who is enjoying a career resurgence in film and TV, slips naturally into the role.

Even former President Ronald Reagan gets involved, although we only hear his voice and see the back of his head portrayed by an actor. Bringing in Reagan provides the movie with a sense of historical context, which serves it well.

John Krasinski plays a fine lead as Adam Carlson, the news anchor who stumbled upon the whales and first broke the story. Kristen Bell from “Forgetting Sarah Marshall,” plays Jill Jerard, another anchor sent to report the story, and love interest for Adam.

“Big Miracle” has wide appeal and should entertain anyone who enjoys a feel-good movie.