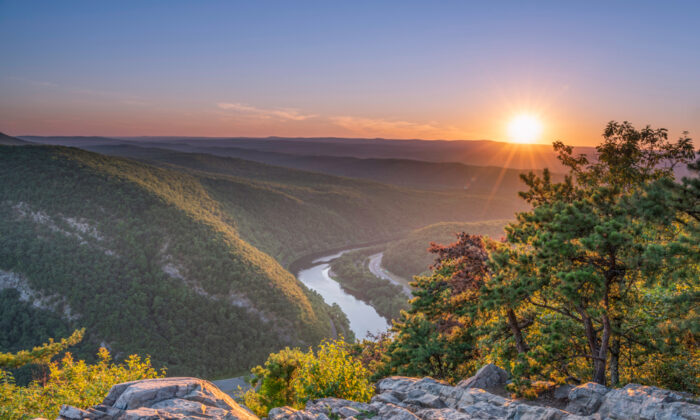 America the Beautiful is more than a famed patriotic song; it’s the name of a national environmental effort to “restore, connect, and conserve” 30 percent of U.S. lands and waters by 2030.

Sometimes called the 30×30 plan, it’s part of an executive order that President Joe Biden signed on his first day in office.

“To date, much of what we do know about the administration’s plans comes from the environmental groups who invented this goal,” Nebraska Gov. Pete Ricketts wrote in opposition to the plan in a July 2021 statement. “While President Biden’s adoption of this goal may have been surprising to some, the concept is not new. The U.N. Convention on Biological Diversity, which first convened in 1992, had set a worldwide goal of conserving 17 percent of the world’s land by 2020 and recently set a new goal of 30 percent by 2030.

“Here in the United States, the Center for American Progress (CAP) published a report in 2019 titled ‘How Much Nature Should America Keep?’ In the report, CAP not only endorses the 30 percent goal, but also advances arguments that 50 percent should be secured by 2050.”

Indeed, the Half-Earth movement, founded by the late Edward O. Wilson, a Harvard biodiversity researcher, holds that only by dedicating half the earth’s surface to nature can we prevent the mass extinction of species, including our own.

In the United States, only about 12 percent of land is formally protected, according to a Half-Earth statement applauding America the Beautiful.

“We herald the U.S. for taking this important step towards Half-Earth, and for joining other countries in caring for our planet by adopting this goal,” the statement said.

There are several movements with similar goals to “rewild” large swaths of the nation, making more space for animal habitat.

The Wildlands Network aims to build a connected network of wild communities across North America. “We preserve and restore key ecosystems, allowing wildlife to move across their historic habitat ranges,” its website says.

Wildlands Network envisions three wildways, including an eastern one originating in Nova Scotia and New Brunswick, Canada, down into New England, along the Appalachian Mountains and coastal eastern United States, ending in Florida.

The consequences to the people living in targeted areas haven’t been made clear in most conservation plans.

To meet the America the Beautiful goal of 30 percent conservation, a report introducing the plan says all lands will be considered, not solely public lands. It will require “incentivizing voluntary stewardship efforts on private lands.”

Full details of how America the Beautiful will work and where it will be implemented are not sketched out yet. The Measurement Committee, co-chaired by the U.S. Geological Survey, U.S. Department of Agriculture, and the National Oceanic and Atmospheric Administration is collecting data for an interactive map, called the American Conservation and Stewardship Atlas, that will be used to measure the progress of conservation and restoration efforts across the country over the next decade.

“Our goal is to release a beta version of the Atlas by the end of the year,” a representative from the Department of Interior told The Epoch Times in an unsigned email.

While its implications are nationwide, folks in the Pocono Mountains of Pennsylvania and the Kittatinny Mountains in New Jersey are worried that, considering how the goals of America the Beautiful line up with a plan to expand and redesignate the Delaware Water Gap National Recreation Area as a “national park and preserve,” some of their private lands are in the crosshairs of another massive federal land grab.

The plan would expand the park, located just 70 miles from New York City, from its current 77,000 acres to 200,000 acres by adding nearby state parks and game lands, and maybe some of the privately owned properties between those large swaths of land located on both sides of the Appalachian Trail.

The problem is, citizens who would be affected are having a tough time getting details about the proposal to create the Delaware River National Park and Lenape Preserve, because the plan is being pushed by a nongovernmental organization, the Sierra Club, which isn’t obligated to provide the public with records. The plan was written by retired federal employee John Donahue, former National Park Service superintendent of the Delaware Water Gap National Recreation Area, who is now a private citizen outside the reach of public records requests.

John Kashwick of the New Jersey Sierra Club told The Epoch Times in an email, “The New Jersey Chapter, Pennsylvania Chapter, and Atlantic (New York) Chapter of the Sierra Club are supporting the effort and are encouraging our members and volunteers to get involved in the redesignation of the Delaware Water Gap as a National Park and Preserve.” He referred other questions to Donahue, who didn’t respond.

In his proposed plan, Donahue makes the case that the national park designation would be best for all Americans.

“The national park and preserve is authorized to accept or acquire additional lands from willing sellers and donors to enhance large landscape scale connectivity, to address climate adaptation, to create wildlife corridors, and watershed protection, and to provide recreational equity for the millions of Americans living in urban and suburban areas within a day’s travel,” Donahue wrote.

“I got a copy of the proposal, and it was pretty scary,” Sandy Hull of Sandyston Township, New Jersey, told The Epoch Times. Hull lives near the border of the Delaware Water Gap National Recreation Area.

“How are they going to get this property? One of two ways. The first way is through donations. I can see [New Jersey] Gov. [Phil] Murphy flipping over High Point, Stokes, and Worthington state parks to the National Park Service,” Hull said. It would save the state maintenance and liability and staffing funds.

“The second way they would acquire property is through willing sellers. So, what makes a willing seller? If somebody from the government or any agency knocks on your door and says ‘Hi there, we’re taking your property. Here’s the offer we have for you.’ If you take the offer, obviously you’re a willing seller.” Those who don’t take the offer would face the eminent domain process in federal court.

“That’s what happened during the Tocks Island Dam. I guarantee that’s going to happen this time,” Hull said. “Either take it or you leave it. If you take it, you’re a willing seller. Bingo, they have your property. Let’s move on to your neighbor. That’s the way they’re going to do it.”

To understand the fear of eminent domain in this region, it helps to understand how the Delaware Water Gap National Recreation Area was formed.

After deadly flooding along the Delaware River in 1955 from massive rainfall from hurricanes Connie and Diane, the Army Corps of Engineers proposed building the Tocks Island Dam to prevent future disasters. The dam was to create a reservoir lake 40 miles long and a mile wide.

It required taking, by eminent domain, the land of about 600 families, including small villages, churches, cemeteries, and prime river-front farms that had been worked by the same families for centuries. The government acquired much of the land between 1964 and 1971.

Hull lived on property that the government wanted at the time, and she was involved in the vigorous fight for landowners to hang on to their land.

Ultimately, the project was halted, but the land couldn’t be given back to the people, so it was designated a recreation area.

Today, many of the buildings acquired through eminent domain are rotting from lack of attention, angering former owners who drive by.

Nationally, the National Park Service has a $21 billion maintenance and repair backlog.

It would take an act of Congress to change the Delaware Water Gap’s designation to a national park, but it could be a simple matter and happen with little advanced notice for residents.

“In recent examples, free-standing legislation designating a National Park has been subsequently attached to omnibus legislation: The New River Gorge designation in West Virginia, (HR 4610) was attached to the 2020 CARES Act, while in the Indiana Dune National Park legislation (HR 1488) was included in the 2019 federal budget,” Donahue wrote in his proposal.

Although the plan is being advanced by a private citizen and a nongovernmental organization, the change would be implemented by the National Park Service with little effort in Congress.

Hull and another concerned citizen, Kristin Albrect, started a Facebook group “No National Park” in February and have more than 3,000 followers seeking information about the effort that could change their region.