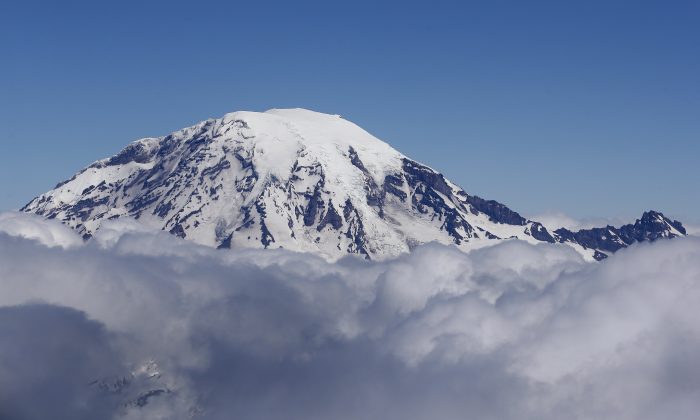 Mount Rainier in Washington state has been the subject of researchers from the United States and Norway recently. The scientists are trying to predict when the volcano will next erupt.

The researchers used seismic imaging the measurement of variations in electrical and magnetic fields to create a detailed road map of the pathway molten rock takes to the surface, reported Reuters.

Their findings have been published in the journal Nature, and are aimed at helping experts understand the volcano better in order to predict when the next eruption will happen.

Phil Wannamaker, a geophysicist at the University of Utah, said that the new images are the most detailed to date but don’t provide specific information about future eruptions. It’s unclear what the next step is in the research.

The potential for volcanoes in the United States and other areas to erupt has increasingly captured the attention of both scientists and the public. Speculation about when the Yellowstone volcano will next erupt, for instance, has raged for the better part of this year.

Mount Rainier is the tallest volcano in the United States with a summit elevation of 14,411 feet.

The most recent recorded eruption at Rainier was between 1820 and 1854, but some eyewitnesses reported eruptions as recent as 1894, according to author Stephen Harris (Mount Rainier: America’s Most Dangerous Volcano). The last major eruption was about 1,000 years ago.

A sketch of Rainier erupting. (NPS)

Rainier is listed on the U.S. Geological Service’s Decade Volcano list, meaning it is one of more than a dozen volcanoes around the world that has the greatest likelihood of causing death and loss of property if it erupts.

“Because of its elevation (4,392 m), relief, hydrothermal alteration, icecap, glacier-fed radial valleys, and proximity to encroaching suburbs of the Seattle-Tacoma metropolis, Mount Rainier is the most threatening volcano in the Cascades. Its next eruption could produce volcanic ash, lava flows, and avalanches of intensely hot rock and volcanic gases, called pyroclastic flows,” the USGS says on its website.

“Some of these events swiftly melt snow and ice and could produce torrents of meltwater that pick up loose rock and become rapidly flowing slurries of mud and boulders known as lahars. The greatest risk at the volcano comes from its potential for generating huge lahars triggered by sector collapse or magma- water-ice interaction rather than from an eruption itself.”

Like other volcanoes in the United States, the USGS and its partners continuously monitor the activity.