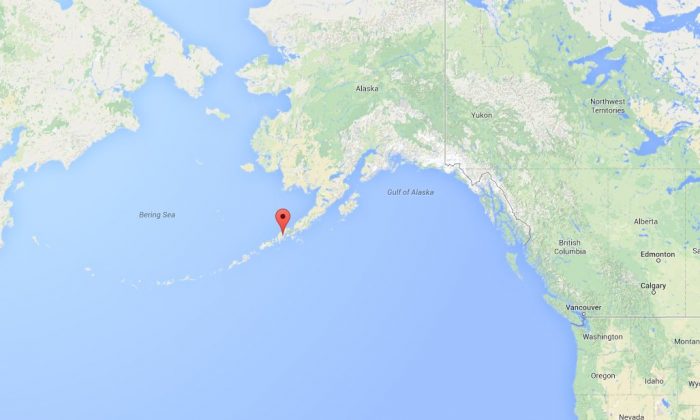 Mount Pavlof erupted in Alaska earlier this month has continued after subsiding following several days’ worth of activity.

The volcano, located in the Aleutian Range on the Alaska Peninsula, is one of the most active volcanoes in the United States, erupting around a dozen times since 1980.

According to the Alaska Volcano Observatory‘s daily update on Monday, Pavlof’s eruptions are continuing.

“Seismic activity is unchanged over the past 24 hours and is characterized by weak, intermittent seismic events. Weakly elevated surface temperatures were observed in mostly cloudy satellite images. Web camera views were obscured by clouds,” the Observatory said.

The volcano, which has a height of 8,262 feet, is located along the west coast of Alaska and about 600 miles southwest of Anchorage, Alaska’s largest city. The last time the volcano erupted was June 2013.

National Geographic reported a few days ago that a plume of ash sent up into the air by the volcano reached about 24,000 feet last Monday, prompting officials to issue a red alert.

But by Tuesday, the cloud was below an altitude of 20,000 feet. The observatory Tuesday night lowered the warning back to orange, from “warning” to “watch,” after 12 hours of lower tremors.

The eruption plume had split into two parts, and the higher plume was mostly steam and gas with little ash that could threaten aircraft, the observatory said.

The 8,262-foot Pavlof Volcano is 625 miles southwest of Anchorage on the Alaska Peninsula, the finger of land extending southwest from the mainland toward the Aleutian Islands. Pavlof is a conical volcano, nearly symmetrical, a giveaway that its eruptions tend to be less violent than the kind that blows the tops off mountains, said Game McGimsey, a volcanologist at the observatory.

“We call them Fuji-style structures,” he said, after Japan’s Mount Fuji.

“What was going on was lava fountaining at the surface, which was creating a spatter collar around the vent,” McGimsey said.

Gas bubbles rose through the mountain’s conduit and burst at the surface, he said. The gas blasts lava into pieces, and ash-size pieces are carried off in the wind.