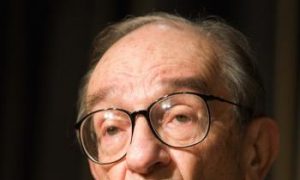 Motorola and Huawei Settle Technology Dispute Out of Court

Huawei Technologies Co., a Chinese telecommunications hardware producer, has dropped a lawsuit against Motorola Solutions Inc. and has opted to settle out of court.

The matter in dispute is regarding one of Motorola’s business divisions being sold to Nokia, which could potentially compromise Huawei’s competitive position by disclosing sensitive trade information.

In 2000, Motorola and Shenzhen, China-based Huawei, set up by an ex-Chinese army officer Ren Zhengfei, entered into a commercial relationship during which Motorola resold certain Huawei products under the Motorola brand. Over the last 10 years, Motorola purchased $880 million in technology from Huawei that covered core networks and radio access networks.

Although the exact settlement amount that Motorola will pay Huawei has not been disclosed, this event has resulted in the possibility of Motorola going through with its transaction with Nokia Siemens Networks. According to Motorola’s press release, Nokia Siemens will be able to tap into Huawei’s confidential information to service the networks Motorola deployed worldwide using Huawei’s products and technologies.

“We regret that these disputes have occurred between our two companies. Motorola Solutions values the long-standing relationship we have had with Huawei. After reviewing the facts, we decided to resolve these matters and return to our traditional relationship of confidence and trust. I am pleased that we can again focus on having a cooperative and productive relationship,” said Greg Brown, president and CEO of Motorola Solutions, in a statement.