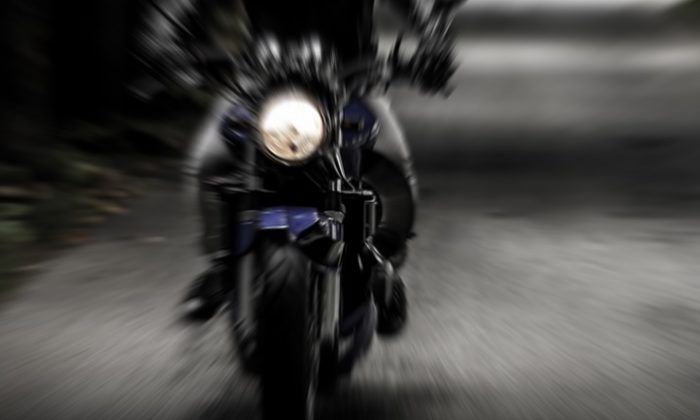 Authorities say a 70-year-old motorcyclist has died after he collided with a turkey that was trying to cross a road in suburban Detroit. (SplitShire/Pixabay)
US News

A 70-year-old motorcyclist died on April 6 in Michigan after a flying turkey hit him in the chest leading to a fatal crash in Oakland Township.

The man was riding a 2005 Triumph and the crash happened Saturday afternoon at around 12:45 p.m., about 22 miles northwest of Detroit.

The Oakland County Sheriff’s Office said several turkeys started to cross the road in front of the man and one of them took flight, colliding with him and causing him to lose control of the motorcycle. The man’s left leg was severed below the knee when he struck a guardrail.

The sheriff’s office said the man was stabilized by paramedics at the scene, but he died after being taken to the McLaren-Oakland Hospital.

The crash is under investigation and the man’s name has not been released. Police said he was wearing a protective helmet and was not driving under alcohol influence, reported Click on Detroit.

Motorcyclist at Risk on Road

Bikers are more vulnerable to the external environment and are unprotected from road hazards such as flying stray objects, according to Hagen and Rosskopf attorneys at law.

A 21-year-old motorcyclist from Morpeth, Northumberland, was left paralyzed from the waist down on Aug. 27, 2017, after a pigeon “from out of nowhere” flew into his helmet, reported Fox News.

Sam Beecroft, was riding a Yamaha bike at 40mph when a pigeon hit him on the right side of his head.

Beecroft lost control of his bike and crashed into a fence, leaving him unconscious.

Beecroft considers himself lucky to be alive but doctors said he will be in a wheelchair for the rest of his life.

“I was on my way to work and all of a sudden a pigeon appeared and smacked the side of my helmet. I lost my balance, swerved straight into a fence and got knocked out. When I woke up I knew it was serious because I couldn’t feel my legs and I’d never felt that even though I’d crashed before,” he told Fox News.

He was first noticed by a female driver who dialed 999 (emergency) who he had overtaken a few minutes before the crash.

“There were some dark times and moments where I thought ‘What if I had done this differently?’ But there’s nothing I can do about it now and I just have to get on with my life, I’m lucky to have what I have. The paramedics saved my life, especially the air ambulance guys, who were incredible,” Beecroft said.