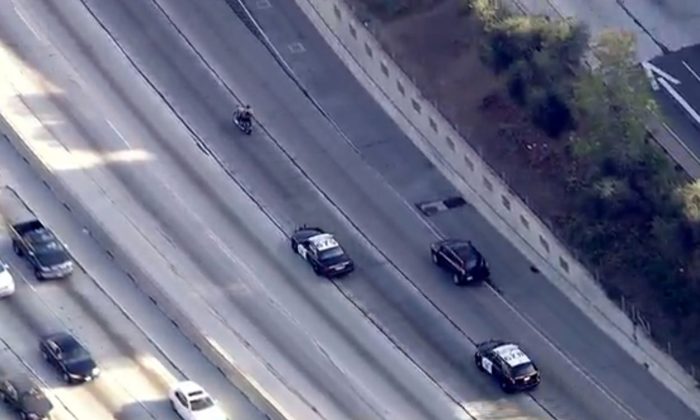 Police are engaged in a motorcycle chase in Los Angeles and the San Fernando Valley–primarily around Hollywood–on the 101 Freeway, according to reports.

KTLA and other Los Angeles media showed the biker traveling at high speeds on the 101 Freeway, while cops were in close pursuit.

The suspect, who was wearing a tan coat, was seen weaving in and out of traffic.

The California Highway Patrol have taken over the pursuit.

Later, the motorcyclist got off his vehicle in East Los Angeles and was running through and alley in Boyle Heights around Percy and Indiana Streets.