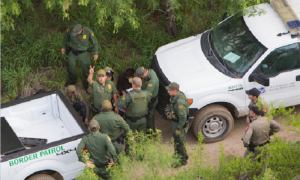 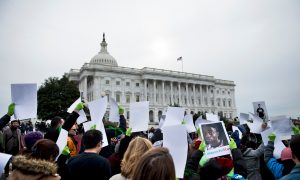 DACA Amnesty: What Is the DREAM Act, and What Would It Do?
0 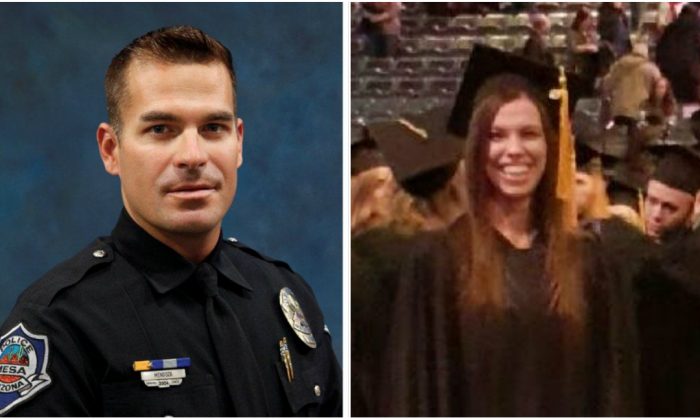 WASHINGTON—A group of families who have lost children to illegal alien crimes sent an emotional plea to President Donald Trump about immigration on Jan. 3.

The group, called Advocates for Victims of Illegal Alien Crime (AVIAC), said in an open letter that they are a small portion of Americans who have “paid the ultimate price” due to lax immigration policies.

“Over the past 30 years, we have seen one president after another and every Congress protect illegal aliens at tremendous financial cost to this country and even worse, the loss of tens of thousands of lives,” the letter states.

“While you cannot bring our loved ones back, you can make sure that no one else suffers like we have.”

The group wants its voice heard while an amnesty for recipients of Deferred Action for Childhood Arrivals (DACA) is being weighed up with wider immigration reform.

They say granting relief to DACA recipients, who entered the country illegally before the age of 16, tells those who brought them in, “You killed our children and loved ones, but we’ll protect yours.”

Brandon, a sergeant at the Mesa Police Department in Arizona, was on his way home from work when he was killed by an illegal alien (but not a DACA recipient).

Mendoza said the alien was “three times the legal limit drunk, high on meth, and he drove over 35 miles the wrong way on four different freeways and slammed head-on into my son.”

She said people who don’t agree with her stance against illegal immigration tell her that her son could have been hit by a drunk American.

“Yeah, you’re absolutely right, it could have been, but it wasn’t. And why are we inviting more criminal activity and crime to be happening in our country?” she said.

Sarah Root, 21, had just graduated college the day before she was killed in Omaha, Nebraska, in January 2016.

Illegal alien Edwin Mejia was 19, with a blood alcohol level three times the legal limit, when he slammed a pickup truck into the back of Root’s car while she was stopped at a red light.

He was charged with motor vehicular homicide, but the bond was set at $50,000, which meant he could post $5,000 and be released—which a relative of his did. Mejia has remained a fugitive ever since.

“I can’t understand how you’re here illegally and you can bond out at $5,000 when you have priors—I just can’t wrap my head around any of it,” said Root’s mother, Michelle Root.

The group said they want the government to adopt policies similar to what Trump laid out in his priority statement in October, “before any action is taken to protect DACA recipients.”

Among other demands, they said they wanted an end to sanctuary cities, which shield illegal aliens from federal immigration authorities; increased border security throughout the southern border “by any means necessary”; an end to chain migration and the diversity immigration lottery; and an end to birthright citizenship.

“As law abiding citizens, we demand that our Constitutional rights be guaranteed and protected before anyone who has entered our country illegally is given any deference,” the group said in the letter.

Correction: Edwin Mejia was 19 when he killed Sarah Root. He was 16 when he entered the United States illegally. The Epoch Times regrets the error.