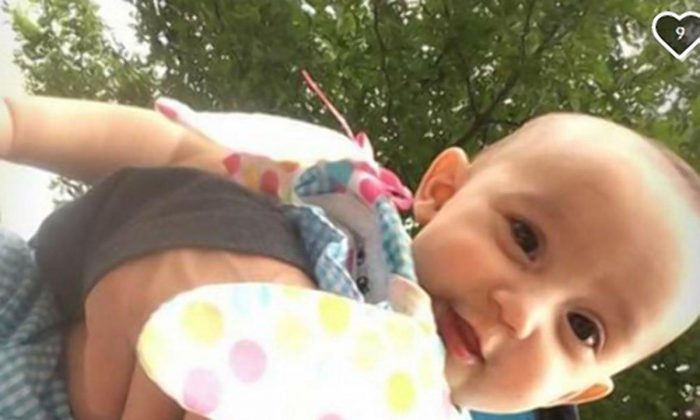 Zayla Hernandez was left unsupervised by her mother in a bathtub filled with water. (Photo: GOFUNDME)
Crime and Incidents

Mother Was on Facebook as Baby Drowned in Bathtub

Texas police say that a six-month-old baby drowned while her mother was on Facebook.

The baby, Zayla, was left alone for at least 20 minutes.

Emergency responders dried to revive Zayla, but were unsuccessful. The baby was taken to an Azle hospital, where she was pronounced dead.

Cheyenne Summer Stuckey, 21, was arrested and charged with injury to a child, WWLP reports.

Stuckley also told investigators that she was distracted by another child and loud television.

The other children in the household were placed in foster care.

According to the GoFundMe page set up for Zayla’s final expenses, she had twin sisters Alex, and Leigha, 4, and big brother Paul Jr., 2.

“Please keep the family and friends in your deepest thoughts and Prayers during this fragile time as they stuggle to deal with the loss of Beautiful baby Zayla,” the GoFundMe page stated.