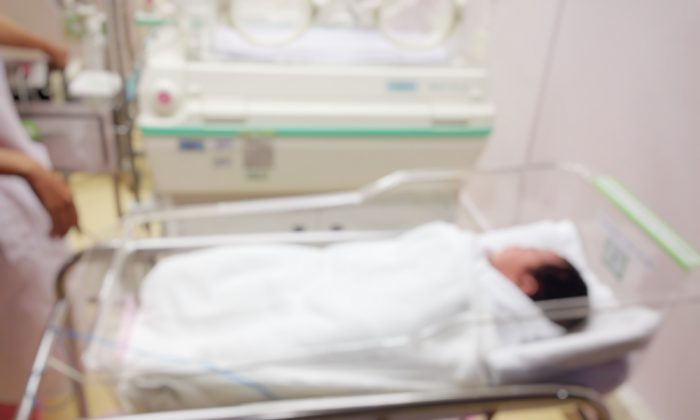 MINNEAPOLIS—A Minnesota woman filed a lawsuit against a health care provider after her newborn was mistakenly given to another mother at a hospital and breastfed.

Tammy Van Dyke, of Apple Valley, recently filed the lawsuit in Hennepin County seeking more than $50,000 in damages for an incident that happened in December 2012. The lawsuit contends that Abbott Northwestern Hospital in Minneapolis failed to care for her infant who was mistakenly taken to the wrong mother.

Van Dyke, her son and the other mother had to go through “unnecessary medical treatments and tests” because of the mix-up, according to the lawsuit.

“In good faith you drop your child off at the hospital nursery with the nurses,” Van Dyke said in a previous interview with KSTP-TV. “Never in a million years would you think this could happen or would happen.”

The hospital’s operator, Allina Health, said at the time that hospital procedures required staff to match codes on the infant’s and mother’s identification bands, and it appeared those procedures were not followed.

Allina Health officials said Monday that they have since instituted a new electronic procedure.

“When the Mother Baby Center opened in February 2013, we began using electronic identification bands for the mother and infant that must be matched when returning the infant to the mother,” said Michelle Smith, clinical program director of Mother Baby Service Line. “This helps us to assure that the identity of the infant and mother are matched each time.”

An apology letter to Van Dyke from Abbott Northwestern Hospital in 2012 acknowledged the boy was put in the wrong bassinet.