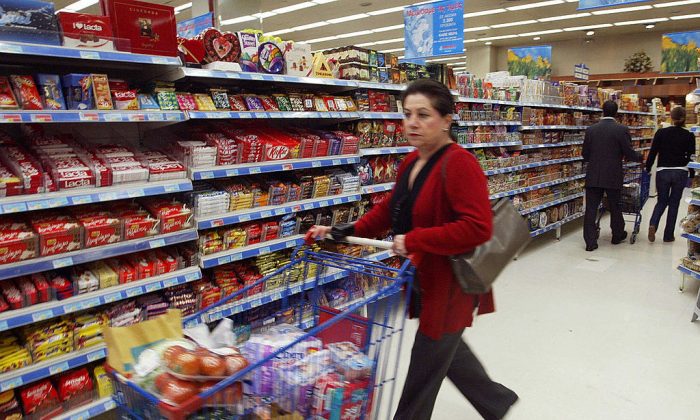 A Texas mother keen to set up her single son on a date was successful in doing so after meeting a group of girls while recently shopping at a grocery store.

Codey Gonzalez’ mother Patricia was shopping at HEB on Dec. 3 when she came across the group and they began a discussion.

“It all started off as just a normal conversation at H-E-B over a puppy. And it kind of just turned into something else,” Charisma Valdez, one of the girls, told ABC 7.

Valdez was with her roommates, who suddenly found themselves being shown a picture of the woman’s son.

“We were pretty excited at first because we were talking about puppies, and then once she brought up her son and that whole conversation, we got pretty serious,” Valdez said.

“If your name is Cody, you’re 6’4, you go to UTSA, live at the Outpost, a sophomore, AND majoring in Global Affairs. Your mom truly is your wingman. She just showed my rommates and I your picture at HEB trying to find you a GF,” she wrote.

The missive was circulated widely until it was answered by Gonzalez himself.

Gonzalez said that he wasn’t aware of what his mother had done until friends began sending him screenshots of the tweet.

“This was the first time I have heard about her doing anything like this,” he told My SanAntonio. “She has always had my back. So for her to try to find a girl for me, it just shows her motherly instincts.”

“She was so surprised! She didn’t know what to say, she didn’t even know what Twitter was at first,” he added of the story going viral.

The pair later shared a picture of their first date, posing in a car.

“The UPDATE y’all have been waiting for!” wrote Valdez on Dec. 6.

She told ABC 7 that the date took place at an area shopping complex. “Second date being planned,” she added on Twitter.

Twitter users have praised Patricia Gonzalez for trying to set up her son.

“I love my mom but [expletive], she is not getting grandkids if she doesn’t put in some better effort,” added another.

“The love story I’ve been waiting for… ima need updates on the reg. Thx,” wrote another.

A number of other users said they or another family member have done the same thing.

“My grandma did this at bridge last week and I got an email from her friend asking permission to show her grandson a pic of me. juries still out on whether or not were married yet,” wrote one user.

“My little brother is going to hate me for this but … my mom secretly does this alllll the time. (Ok, ok, I’ve shown his pic too),” added Samica Knight, a journalist with ABC 13.