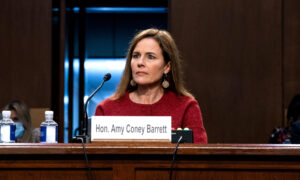 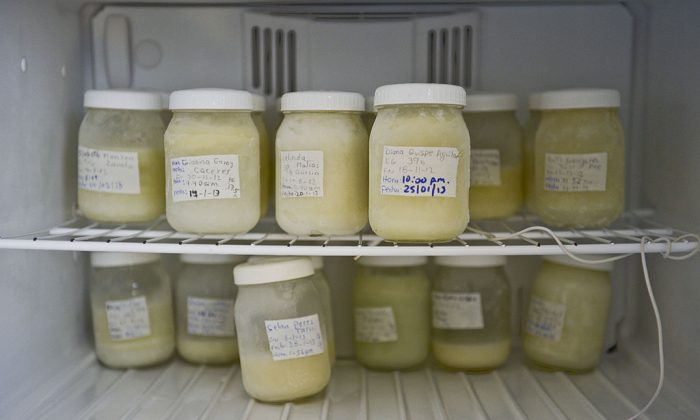 Containers with donated milk at a human milk bank. (ERNESTO BENAVIDES/AFP/Getty Images)
US

A mother in Missouri is sending a cooler full of over 1,000 ounces of her breast milk to Hurricane Harvey victims in Texas. She said the breast milk is good for almost 350 servings to hungry babies who may not have easy access to breast milk in the chaos of the intense flooding, as KMOV 4 reported.

Danielle Palmer of Owensville, Missouri, said stress affects whether mothers can produce milk. She wants to make the job easier for other mothers with her donation. The milk will also go to mothers who lost breast milk pumps or their own frozen stash of breast milk in the floods.

The mother of three calculated just how much her breast milk would help the mothers and babies caught in the crisis. “We gave 1,040 ounces and we figured that up, if a normal baby gets three ounces, that’s 346 feedings,” she said.

She was approached to donate the milk by her son’s speech therapist Guiding Star Mid-Missouri, an organization that offers classes in pregnancy and issues pertaining to new mothers. She already had the milk saved up, because her child, Truett, was unable to drink her breast milk for a length of time due to a heart condition.

“Truett has a congenital heart defect along with other underlying anomalies. For a big chunk of his life, he was unable to take my milk. Most of his nutrition came through IV,” said Palmer.

With Truett’s heart defect I don’t take that lightly but I also know that I’m grateful for the situation that God’s placed us in,” she said, seeing the bright side of storing the breast milk she couldn’t immediately put to use. “Had we not been in this situation we wouldn’t be able to share some of our love with the babies of Houston.”

Guiding Star Mid-Missouri is also sending donated breast milk from other moms in the shipment, along with other supplies. Sharing breast milk between mothers is common. There are numerous Facebook groups dedicated to the practice. Breast milk donated to a bank is rigorously tested. The Centers for Disease Control and Prevention recommends that breast milk from a woman other than the child’s mother can be treated like an exposure to any other bodily fluids, but that the risk of transmission of HIV is very small.  It also recommends a child should still undergo a test.

“We have each other’s backs. We take care of each other. Breastfeeding is hard. Whether you’re pumping or feeding or however it may be, it’s hard. And we are like momma bears. We protect one another,” said Palmer.