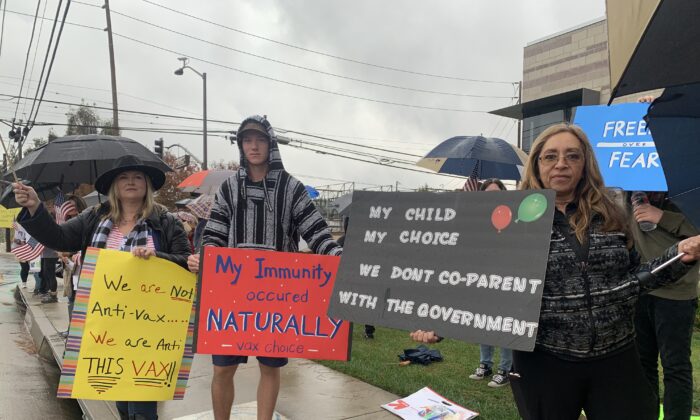 A mother in Los Angeles says her son was vaccinated at school without her consent and in exchange for pizza.

Duarte also says her son was told to not discuss what happened. “The lady that gave him the shot and signed the paper told my son, ‘Please don’t say anything. I don’t want to get in trouble.'”

“It hurt to know he got a shot without my permission, without me knowing and without signing any papers for him to get the shot,” Duarte said.

A school administrator told NBC the allegations aren’t true and that “more often than not, parents will lie about the whole vaccine issue.”

Duarte, who is vaccinated, says she didn’t want her son to get the shot because of health issues like asthma and allergies. “Regarding my son’s health, I am against it,” she said.

The Los Angeles Unified School District (LAUSD) did not comment on the matter, citing privacy concerns, according to NBC, but did say that prizes are used as incentives to encourage student vaccination.

California was the first, and remains the only state, to mandate vaccination for in-person education of schoolchildren.

The state announced the requirement was expected to apply to grades 7-12 starting on July 1, 2022, but encouraged local jurisdictions to implement the directive ahead of the statewide requirement.

The policy of LAUSD, the second largest school board in the United States, is that all students must be fully vaccinated by Jan. 10. LAUSD is facing lawsuits over its mandate, on the grounds that it lacks legal authority to impose one.

“The law is clear and on our side,” stated attorney Jessica Barsotti, who represents the plaintiffs Children’s Health Defense (California Chapter) and the Protection of the Educational Rights of Kids. “LAUSD is simply not the proper governmental agency to add any new vaccine, including a COVID-19 vaccine, as a condition for in-person education in California.”

When California announced the school mandate in October, it said, “Thanks to the state’s bold public health measures, California continues to maintain the lowest case rate in the entire country.”