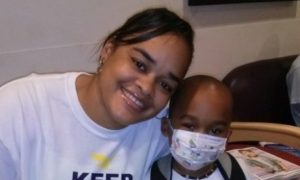 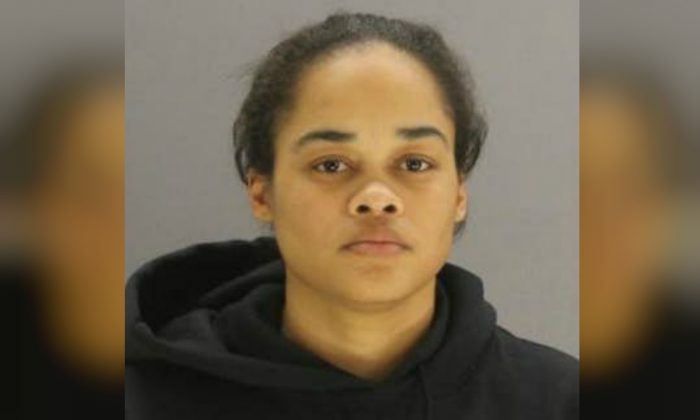 A Texas mother accused of subjecting her son to eight years of unnecessary major surgeries and hospital procedures has plead guilty to recklessly causing injury to her own child.

Kaylene Bowen-Wright, 35, is now awaiting sentencing scheduled in October, reported the Fort Worth Star-Telegram, and faces between two and 20 years in prison.

Her son Christopher Bowen, in a wheelchair at the time, was removed from her care almost two years ago when doctors at a Dallas hospital discovered he did not have many of the conditions the mother claimed he needed treatment for, according to local media reports.

Since being removed from his mother’s care, the 10-year-old has been doing well and no longer believes he is dying, according to his father, reported WFAA.

While the child was in his mother’s care, the boy was fitted with a feeding tube in his small intestine that led to multiple life-threatening blood infections, was put on the lung transplant registry, and was admitted to a hospice, according to investigators.

His father, Ryan Crawford, had stated repeatedly that there was nothing wrong with the boy, who had undergone a total of 13 surgeries and 323 hospital visits by the age of eight, according to WFAA.

The parents have never lived together.

‘No One Wanted to Believe Me’

Crawford had raised his concerns through the courts as early as 2010, but judges did not believe him. In 2012 a Dallas judge blocked him from seeing his son after he said he didn’t believe his son was dying.

“No one wanted to believe me until it was almost too late,” Crawford told CBS after Bowen-Wright was arrested. “He almost died three different times due to infections from the 13 different surgeries, so he has a… he has a long road ahead of him. I hate that he had to go through all that. I hate it. I hate it so much.”

Now that Bowen-Wright had plead guilty, Crawford told the Star-Telegram, “I am happy that she decided to do the right thing. Eventually, the lies had to stop. Now hopefully those who thought a mother could never do this to their child will see evil does exist.”

CPS investigators believe Bowen-Wright has Munchausen syndrome by proxy, a mental condition where a caregiver fakes illnesses of the person in their care to satisfy a lust for sympathy and attention.

She hosted several fund-raising drives for her child on the internet and a local TV station aired a segment in 2014 to help raise funds for the boy’s stated condition.

“The fundraising, the doctor shopping. Those are certainly common elements of our cases,” said Matthew Gilbert, the regional director of investigations for CPS told CBS.  “These investigations are very rare. They don’t come up very often.”

Despite various medical professionals noting warning signs from as early as just 11 days after her son was born, Bowen-Wright kept up the facade until Nov. 9 2017 when she took Christopher to Children’s Hospital in Dallas, claiming he was suffering from seizures, according to the CPS affidavit obtained by the Star-Telegram.

Doctors found no seizure activity on the brain scan, although they observed his “whole body jerking.” They began to dig deeper, finding no evidence for the other symptoms he was said to be suffering. The hospital contacted CPS, and Bowen-Wright’s claims began to unravel.

Besides fooling the judges into rejecting the warnings from the father, she also appears to have avoided detection by moving from one medical center to the next if staff began to raise too many questions.

Dr. Marc Feldman, a nationally recognized expert on the disorder told WFAA back in 2017 that people with Munchausen syndrome by proxy often escape detection by doctor shopping and hospital shopping.

“They often frequent many emergency rooms over a wide geographic area. One doctor may never know that medical procedures or diagnostic tests have already been performed elsewhere, so it happens again and again and again.”

“These mothers tend to be master deceivers and liars,” Feldman said. “They’re very skilled at what they do.”

In February, a Danish mother said to have Munchausen syndrome by proxy was sentenced to four years for regularly draining blood from her young son over a five-year period.

Losing about a pint a week left the boy with low blood levels, and he needed 110 blood transfusions between the ages of 11 months and 6 years.

A court in Denmark sentenced the 36-year-old mother to four years imprisonment on Feb. 7, according to local media, that have not named her for legal reasons.

She presented herself on social media as a single mother fighting for her sick little boy.

The mother had told doctors that his low blood count was due to a rare bone marrow disease, reported the Metro.

She had drained approximately one pint of blood a week from the boy in small syringes, via a permanent tube in his chest, reported NYHeder.

Asked in court why she had started taking his blood, according to NYHeder, she said,  “It wasn’t a decision I just made. I don’t know when I started doing something I didn’t have to. It happened gradually. I flushed the blood down the toilet and burned the syringes in the bin.”