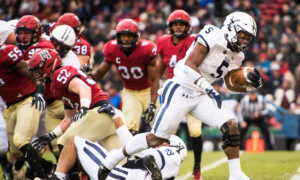 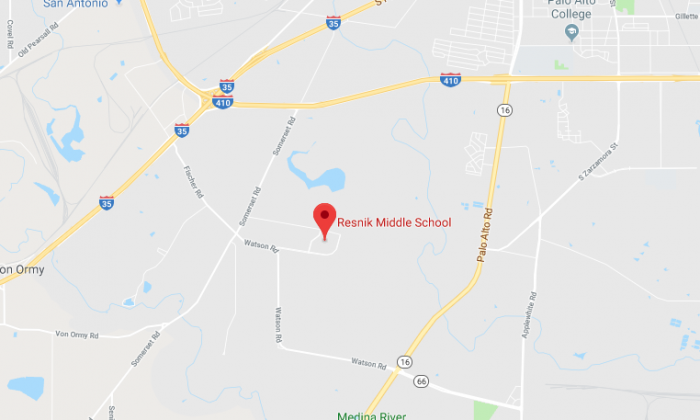 A middle schooler from south Texas was reportedly attacked by another student in an incident just outside his middle school. His mother who was waiting for him after school has spoken out about the vicious attack.

Valerie Guzman was waiting in her truck for her son, Michael Ayala, on Thursday, Jan. 25 after school when she spotted a crowd of students of students just outside the school. Guzman then walked over and discovered her 15-year-old son in the middle of them covered in blood and knocked out on the ground.

Warning: Graphic photos may be distressing to some viewers.

“I was waiting for my son in the truck and I was wondering why it was taking him so long and I seen [sic] this big crowd. I looked on the floor and my son was covered in blood. He blanked out. He was knocked out,” Guzman told News 4.

Ayala, an eighth-grader at Judith Resnik Middle School, claims he was being bullied by another student and was punched in a planned attack. The 15-year-old suffered a black eye, cuts, and a possible broken nose, reported the news website.

He claimed that the other student told him he would beat him up after school on Thursday. Ayala then went to the school coach for help but not enough action was taken to protect the middle schooler.

“I said hey sir, can you please look out for the student that’s bullying me. He said yeah, I got you,” Ayala told News4.

Guzman said the incident had traumatized his son so much that he is now too scared to go to school.

“Now my son fears for his life, to go to school, he had bad anxiety and depression and it’s taken a toll on him. It’s really bad,” said Guzman.

The school said in a statement that the fight was actually mutual between the two students, reported WFAA.

“On Thursday, Jan. 25, around 3 p.m., two students engaged in a mutual altercation that was immediately intervened by an SWISD police officer. Due to FERPA, we cannot disclose disciplinary actions taken against the students, but we can say both parties did comply with the officer’s directives,” the statement read, reported the news station.

Guzman said in a Facebook post on Jan. 30 that she wants more action to be taken in regards to what happened. The concerned mother has posted images and a video of the incident to Facebook. It has been shared over 2,300 times as of Jan. 31.

“Thursday my son was being bullied at school during P.E he told the coach that the other student wanted to fight him all the coach said don’t worry I got you.

“The Principal, my son and I had a meeting the next morning. The Coach was called up to the front office for the meeting and said he would be there and he never showed up.

“I want something to be done about this because the coach knew my son was going to be in a fight he never did anything about it. This is not right.

“I also keep on calling Southwest ISD District to speak to them about what happen and what is going to be done about this and they never return my phone calls,” Guzman wrote on her Facebook post.