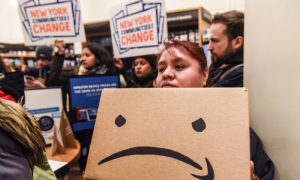 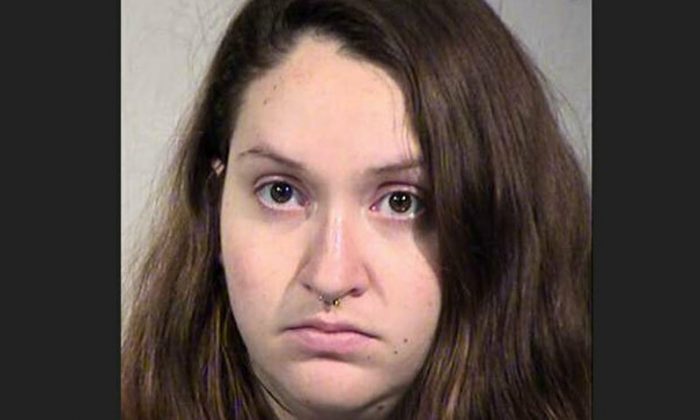 The mother of a newborn girl found dead in a bathroom trash can at an Amazon distribution center told investigators she didn’t know she was pregnant, according to court documents released Jan. 23.

Samantha Vivier of Tonopah, Arizona, was arrested on suspicion of unlawful disposal of human remains.

Following her initial court appearance on the night of Jan. 22, Vivier was released without bail and ordered to appear at all court proceedings. She faces charges of abandonment and concealment of a dead body.

Vivier, 27, told investigators she didn’t see the child move or breathe and panicked after giving birth on Jan. 16, according to a court document. Phoenix police have said the baby appeared to be full term.

No information has been released on how Vivier was identified, how the baby died or why the woman abandoned her.

Phoenix police investigating a death of a new born infant baby that was found in the women’s bathroom inside the Amazon fulfillment center. #Fox10phoenix @phoenixpolice @AmznFulfillment #Amazon #BREAKING pic.twitter.com/TerllN849E

Under Arizona law, mothers can anonymously leave unharmed newborns at designated “safe haven” locations. They include hospitals, ambulances, churches, on-duty fire stations and adoption agencies. The baby must be under 72 hours old and given to a person.

The law, which was passed in 2001, also states the mothers who follow those instructions will not face prosecution.

Vivier is due back in court for a status conference on Feb. 5. It wasn’t immediately known if she has an attorney to comment on her behalf.

A medical examiner will determine the cause of death.

UPDATE: #Phoenix PD says baby girl had been born same day she was found dead. Investigators speaking to mother, she is cooperating with police. PD would not confirm she is an #Amazon employee, but did say the restroom trashcan where the baby was found was in a secure area. pic.twitter.com/OlL8Ek25AT

Amazon said in a statement last week that the company was working with police to support the investigation and called the incident “terribly sad and tragic.” The company’s massive distribution center on the city’s southwest side is one of several Amazon sites in metro Phoenix.

A woman in Corona, California, pleaded not guilty in December for the murder of a baby found abandoned near a highway. Shawna Joelle Andritch, 22, remains in police custody on $1 million bail, The Press-Enterprise reported.

The baby was found in a cardboard box, wrapped in a stripped shirt, on July 26. Police have not yet determined the cause of death. They also arrested 17-year-old Joshua Tyler Benson. Police made the arrests after someone called police with a tip following media coverage of the tragedy.

The National Council for Occupational Safety and Health (NCOSH) said Amazon needs to address workplace safety. In a report last year the council said seven people died in or around Amazon warehouses since 2013.

The council reported that three workers died within five weeks in September and October 2017.

The deaths listed in the report occurred at Amazon warehouses in Nevada, Illinois, Indiana, Virginia, and New Jersey, along with two deaths at a Pennsylvania warehouse.

In a later report, by The Baltimore Sun, two more people died when the warehouse building partially collapsed during a storm. Two men were found under debris after a 50-foot wall collapsed.

The two weren’t direct employees of Amazon. One worked for a real estate firm and the other was a contractor for a local delivery company, Recode reported.

“Amazon can move products around the globe in a matter of hours,” said Peter Dooley, safety and health project consultant at NCOSH, via the report. “To be a true leader, Jeff Bezos must use the same focus and intensity to listen to workers and eliminate the hazards which can injure or kill people at Amazon facilities.”

Amazon CEO Jeff Bezos became the richest person in the world, according to the Forbes billionaires 2018 list, after he overtook Bill Gates with a jump of over $39 billion in net worth from 2017.

Bezos also recently announced via a Twitter post on Jan. 9 he will be divorcing his wife. News reports since the announcement question whether he will still be the richest man in the world after divorce proceedings.