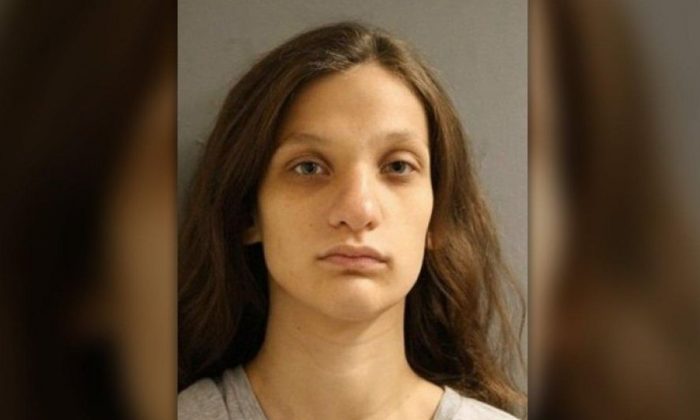 The mother of a newborn girl found last week abandoned and covered in ants in Texas is facing a lengthy prison term if she’s convicted.

Police said that Sidney Woytasczyk, 21, can get as many as 20 years in prison on felony child endangerment, KHOU reported. She admitted to being the mother of the infant, but she claimed that she didn’t know she was pregnant until she gave birth at home.

But after an investigation, police said they believe that she knew she was pregnant but was trying to hide it.

The baby was found by a bystander who heard cries outside an apartment complex in Harris County.

“She was there on the ground in the flower bed with ants,” Albert Peterson told Channel2. “She was covered from head to toe and all in her ears … . She had a lot of strength, too. She was fighting.”

“We’re talking about a newborn child that was exposed to the outside for, like, six hours unattended, without even a blanket – so, that’s, that’s what I’m concerned about,” CPS Attorney Dan Phi Nguyen said to KHOU.

Police arrested the mother after they discovered a trail of blood that led to her apartment.

According to local news reports, the newborn was taken to Texas Children’s Hospital, and she’s in the ICU for a bacterial infection and rapid heartbeat.

On Monday, the sheriff’s office said that the baby is in “good condition.”

ABC13, citing officials, said the child was left outside for about five hours.  According to the Houston Chronicle, the father of the baby said that he had no idea what had happened.

“I’m in shock,” neighbor Roger Coreas stated. “There’s a hospital not even a block down the road, and if the mother was so worried about the infant’s safety she could’ve easily gone to drop off the baby.”

“We believe that she was trying to hide the fact that she was pregnant and gave birth from her boyfriend,” explained Sgt. Matt Ferguson of the Child Abuse division of the Harris County Sheriff’s Office, ABC13 reported.
Child Protective Services now has custody of the girl.
“The caseworker goes out, goes to the home, makes sure there’s adequate space, makes sure it’s a comfortable loving home, make sure it’s safe,” said Tiffani Butler, who works with Child Protective Services.
A judge set her bond at $20,000. The woman’s court-appointed lawyer said she should get a personal-release bond, citing her lack of a criminal record.
TOP NEWS