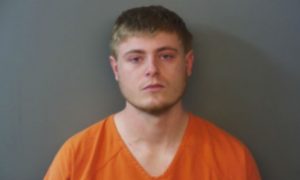 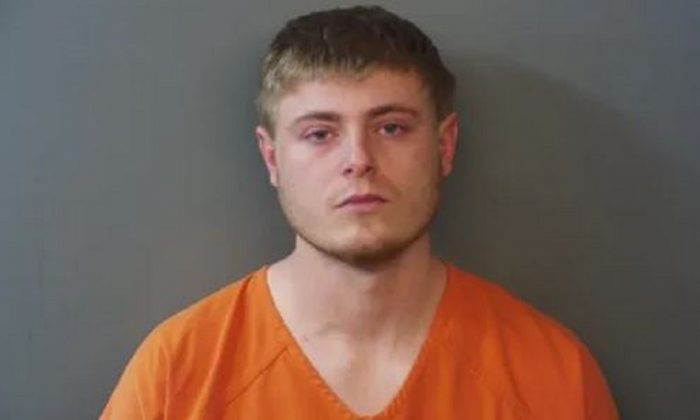 A reported suicide of an Indiana woman turned out to be a murder, her fiance told police officers. The woman’s mother now says, looking back, that there were red flags in the relationship.

Kaylyn Whitaker, 20, was killed by a gunshot on Oct. 31, 2014. Authorities probed the case as a suicide, based partially on the word of her fiance, Connor Scott, before shifting it to a homicide case but not making any arrests.

Police in Danville said in February that Scott, now 24, turned himself in and admitted to pulling the trigger. Indiana State troopers said that the prosecutors who took over the case in 2018 planned to file charges against Scott and that before the charges were filed, Scott called the Danville Police Department and said he wanted to confess to the murder, reported the Tribune Star.

Scott appeared in court in March and pleaded not guilty.

The trial was originally scheduled for May but was postponed until August. The case was postponed again and the trial date is set for Nov. 12. A pretrial sentencing is slated for Sept. 30.

Family and friends said that their initial impression of Scott was positive, but looking back, some red flags were now apparent.

“Kaylyn loved Connor,” Whitaker’s mother, Leslie Roberts, told People magazine. “And Connor adored her, he really did. I could tell by the way he looked at her.”

Elizabeth Grassick, a close friend and co-worker, told the magazine that the couple was “in love,” but recalled one of their last times together before Whitaker’s death.

They were at Grassick’s home and Whitaker was in the shower. Scott was “blowing up my phone,” she said. When Whitaker got out of the shower and picked up her own phone, there were numerous missed calls and voicemails.

“I was like, ‘oh my god, that’s really obsessive,’” said Grassick.

“He would continually check on her, making sure she was doing what she said she was,” said Roberts. “He didn’t like her being with her friends.”

After four and a half years, a cold case in Illinois has come to a close. Kaylyn Whitaker’s mother, Leslie Roberts spoke to News 10 for the first time since the arrest. She said this has given their family closure, but also brought back painful memories. https://t.co/IPrhqfaf4m

Roberts decided to talk to the magazine because she wants her daughter’s story out there, she told WTHI-TV.

“[What] we’ve lost with our Kaylyn isn’t measurable, it’s a nightmare and you have to wake up every day to the same nightmare every single day,” she said. “It’s respect for Kaylyn. It is such a great honor for our story and Kaylyn’s story to be publicized.”

The story printed in the magazine will focus on the couple falling in love and Scott becoming controlling and possessive, the broadcaster reported.

Roberts said she hopes people living in similar situations can escape those kinds of relationships.

“Kaylyn lived her life as the movie sleeping with the enemy. And, of course, that broke my heart. She wasn’t able to get out of this relationship,” said Roberts. “It’s always going to hurt cause we don’t have Kaylyn anymore. Maybe other people might be able to see the signs of abuse being a victim of this type of relationship.”

Roberts previously told WTHI after police arrested Scott following the alleged confession: “Everyday you have to wake up and wonder is this going to be the day? I always said to myself, ‘and one day,’ and our day came. You know to receive the news of a confession was, we couldn’t believe it.”

“It’s been the most devastating thing that we’ve had to go through and me as a mother especially. Kaylyn and I were very close. Not only was she my daughter, she was my best friend and I ache for her every day,” she added.

According to Whitaker’s obituary, she graduated from Terre Haute North Vigo High School in the class of 2013.

She enjoyed playing the cello in the orchestra “and had a brilliant sense of creativity as a wonderful artist,” family members wrote.

“Kaylyn was very loved and will be deeply missed. She will always be her mama’s baby girl and best friend,” the obituary added.

“It is a loving comfort knowing she is now in the arms of ‘LaLa,’ safe and sound. Kaylyn lived by the motto: ‘You only have one life … use it.'”