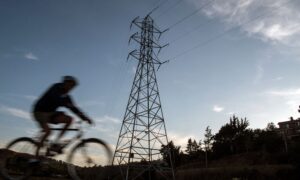 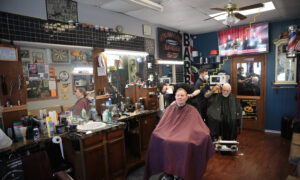 The mother of a terminally ill and handicapped boy came back from a visit to Santa at a mall in King of Prussia, Pennsylvania, to find a disturbing note on her car.

She had parked in a handicapped parking space because of her son, and she had a hangtag that showed she was legally able to park there.

However, the note on her car contested that right.

“I can’t believe someone could be so obnoxious and ignorant and rude about a situation that I struggle with daily,” Nancy Coyne, the mother of 7-year-old Garrett Coyne, told Fox affiliate WTXF.

Garrett suffers from a rare neurological condition called Batten disease. The disease is inherited and usually shows up in childhood, according to the National Institution of Neurological Disorders and Stroke.

In Garrett’s case, symptoms started showing up when he was 3 years old.

The first symptom of the disease is often blindness or seizures, and Garrett was no exception.

His parents say he was always a unique boy—he only slept for a few hours at a time and had a speech delay, which was eventually corrected through therapy, according to the website of Batten advocacy group: Taylor’s Tale.

“But eventually Garrett’s behavior became more puzzling, and the Coynes could no longer ignore their gut feeling. A new, unexplained problem with Garrett’s eyesight affected his spatial awareness and caused him to walk straight into walls,” according to the website.

They took him to an ophthalmologist and eventually were transferred to a specialist, who diagnosed Garrett with infantile Batten disease.

He is now blind and is losing his motor skills, WTFX reports. There is no cure for the disease, and children with it often die before they reach adulthood.

“[I was] trying to make memories for my family, [and] then this happened,” Nancy told WTFX. “It just made me really question society to be honest. Like OK, I guess people don’t understand. People don’t care.”

Nancy Coyne was taking her terminally ill son, Garrett, for his annual visit with #SantaClaus at the mall. When she returned to her car, she found a nasty message written on her car shaming her for parking in a handicap spot. https://t.co/JqXhkUqWFZ

Her husband Joe says they are not angry about what happened, but want the person to realize what they did.

“I just want the person to realize what they did was wrong and to learn from it and not to [do] it again,” he told WTFX.

They started an organization called Garrett the Grand Batten Fighter that works to connect other families dealing with the disease, and raises money for research. They also work with government representatives to get funding for rare disease research.

He said he hopes people reach out to them with their own stories. “How ever we can help,” he said in a Facebook message.

A spokesman for the King of Prussia mall told WTFX they were just as offended by the note, and are assisting the Upper Merion police with their investigation.

This story made me so angry…
But glad I got to meet this wonderful family. https://t.co/B6GvnSuSS3

In a similar case in early November, a college student in Kentucky came out of a meeting with her professor to find notes pasted all over her car telling her that she shouldn’t have parked in a handicapped parking spot.

Lexi Baskin was diagnosed with cancer last summer, and was getting chemotherapy between classes.

She posted a picture of her vehicle covered in notes that called her lazy and not deserving of the spot on social media, and got a flood of replies from people who had had similar experiences.

“It kind of breaks my heart there are so many people that are being like, ‘Oh my gosh, I went through the same thing’ or like have messaged me on Facebook and said ‘I went through this’ and they share their story with me,” Baskin said. “That’s why I want this to get out there to make people aware that just because you can’t see something, doesn’t mean people aren’t going through it.”

Reminder that you have no idea what's going on in people's lives. I have cancer and radiation treatment. I'm legally allowed to park here pic.twitter.com/00pGG2MNZt

If you found this article interesting or informative, please consider sharing it on social media. Thank you!