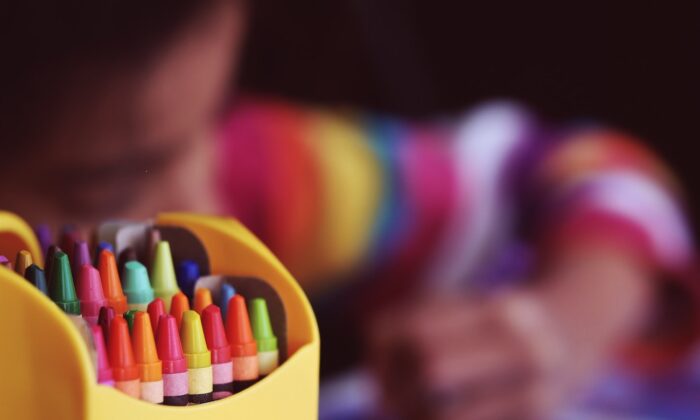 A mother has filed a complaint against her daughter’s Georgia elementary school, alleging that it segregated black students to give them “more opportunities.”

Kila Posey said she filed a federal discrimination complaint with the U.S. Department of Education’s Office of Civil Rights against Mary Lin Elementary School in Atlanta, after discovering that it had been dividing students into different classes based on race.

Posey alleged that her daughter was grouped into a class for only black students.

“We’ve lost sleep like trying to figure out why would a person do this,” Posey, told WSB-TV. “First, it was just disbelief that I was having this conversation in 2020 with a person that looks just like me—a black woman. It’s segregating classrooms. You cannot segregate classrooms. You can’t do it.”

“My community, had they known about this, would probably be extremely upset. Not just the black parents but also white parents,” Posey added.

She told the news station that the school’s principal, Sharyn Briscoe, who is also black, said that the segregation would give students more opportunities, and implemented the practice last year.

Posey said she found out about the practice when she asked the principal to allow her daughter to be taught by a particular teacher.

“She said that’s not one of the black classes, and I immediately said, ‘What does that mean?’ I was confused. I asked for more clarification. I was like, ‘We have those in the school?’ And she proceeded to say, ‘Yes. I have decided that I’m going to place all of the black students in two classes,’” Posey explained.

The principal allegedly told Posey that her daughter would be “isolated” in the desired teacher’s classroom because it wasn’t a “black class.”

Posey said she wants to see the dismissal of Briscoe and her administration for their conduct.

The mother’s attorney, Sharese Shields, said that the school is violating Title VI of the Civil Rights Act of 1964 that states one group of people cannot be treated differently based upon race.

The Atlanta Public Schools district has confirmed it has probed Posey’s allegations and that it had taken appropriate actions, without elaborating, Fox News reported.

“Atlanta public schools does not condone the assigning of students to classrooms based on race. The district conducted a review of the allegations. Appropriate actions were taken to address the issue and the matter was closed,” it said.

Atlanta Public Schools and the Department of Education did not immediately respond to requests for comment by The Epoch Times.

It comes after Georgia Gov. Brian Kemp in June applauded the State Board of Education’s decision to pass a resolution that says students should not be taught the quasi-Marxist critical race theory (CRT) in schools.

“This dangerous, anti-American ideology has no place in Georgia schools,” Kemp said in a statement on Twitter at the time.

Earlier, the Republican governor wrote a letter to the education board opposing the teaching of CRT and its “dangerous ideology” in public schools.

Kemp urged educators in his May 20 letter “to take immediate steps to ensure that Critical Race Theory and its dangerous ideology do not take root in our state standards or curriculum.”

The measure passed by the education board doesn’t impose restrictions on school districts or teachers, though it could lead to binding rules in the future.

Kemp previously said that parents, students, administrators, and educators in Georgia had come to him with concerns about the teaching of CRT in state schools.