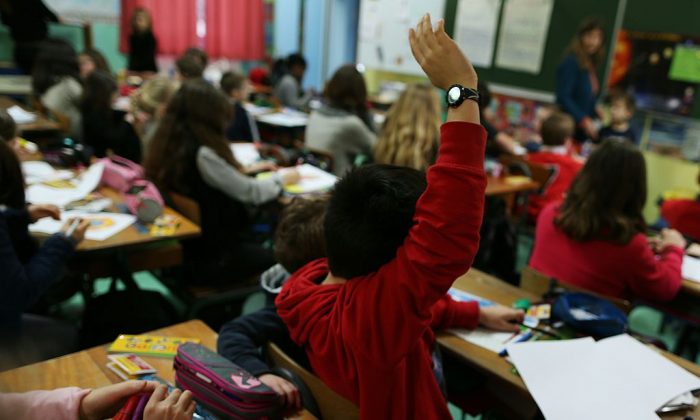 The mother of a Norfolk, Virginia, elementary school student was arrested for trying to help her daughter record bullies.

The mother said she gave her daughter a recorder to take to school to record bullying. She said she tried to alert the school administration to the problem, but received no response.

“If I’m not getting an answer from you, what am I left to do?” said single mother Sarah Sims, via WAVY.

She was planning to have her daughter help her case that nothing was being done by the school to stop the bullying. Instead, after the daughter was found with the digital recorder, the mother ended up in jail and is facing felony charges, according to WAVY.

“The thing that bothers me the most is that I am yet to get a response from anyone in the administration,” Sims added, via WAVY.

According to WAVY Sims was charged with “felony use of a device to intercept oral communication and misdemeanor contributing to the delinquency of a minor.” The felony charge could mean five years in prison for Sims.

“I was mortified,” Sims told WAVY. “The next thing I know, I’m a felon. Felony charges and a misdemeanor when I’m trying to look out for my kid. What do you do?”
Sims’s lawyer, Kristin Paulding, thinks the charges are exaggerated, according to WAVY.

“They aren’t making this about that classroom,” said Paulding. “[T]hese are charges that carry jail time.”

“Instead of comforting her she’s going to a magistrate and being handcuffed,” Paulding added, via WAVY.

Paulding doesn’t think the court will take the charges seriously.
“We are at the very early stages of this, but even at the early stages I think the community needs to know that this is happening because any parent out there that is sending their child to school now could be at risk for something that happened to Sarah,” Paulding said.

A preliminary hearing is scheduled for Jan. 18. Meanwhile, the child has been moved to another classroom. The contents of any recordings the child may have made remain a mystery.

Then please help us grow! Please share with your networks and help spread the word.