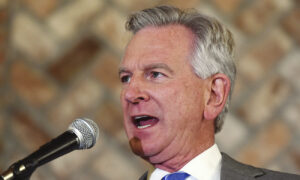 A 5-year-old Virginia boy has died from injuries suffered when he was abused by his mother, according to reports.

Levi Robertson of Zuni died at the hospital, where he had been on life support after being discovered unresponsive on Jan. 8.

Both adults could face additional charges now that Levi has died, WAVY reported.

Both adults are being held without bond, reported WTKR.

Levi’s father, Josh Robertson, said on Facebook after the death, “I lost my best friend in the whole world.”

“Levi was my everything and now I’m left broken and empty. Words can’t explain the empty void in my soul. A big piece of me died last night and I’m never going to completely recover,” he said.

People expressed their condolences to Robertson.

“I’m so sorry for your loss. My prayers are for you and your family. Always keep his precious memories alive,” said Melissa Murphy-Oliver.

“I am so sorry Josh. I wish there were words for this but there just aren’t. I’m sorry and you will all continue to be in my thoughts and prayers,” said Lisa Cline.

And Hollie Selby added, “Josh I hope you are given love, kindness, peace, strength, comfort, and hope as you have to go through this heartbreaking time.”