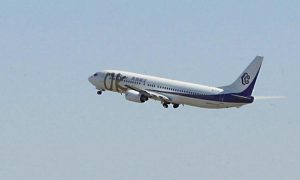 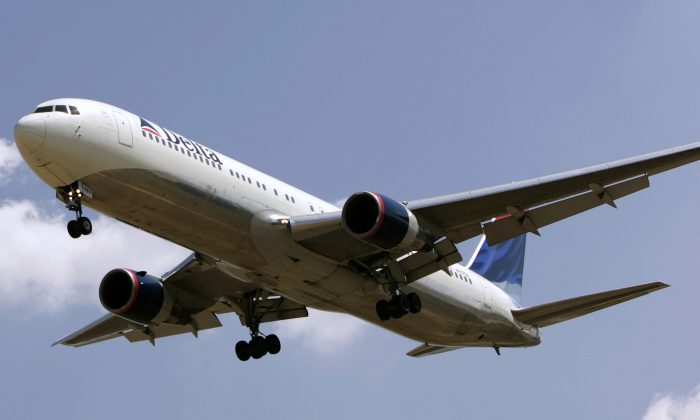 A mother and daughter pilot team has caught the attention of the internet after a passenger snapped a photo of them while in the cockpit of an Atlanta-bound Delta Boeing 757.

The passenger Dr. John R. Watret, who is the chancellor of the Embry-Riddle Aeronautical University, was flying from Los Angeles to Atlanta on March 16. Watret was surprised when he overheard that his flight crew was a mother and daughter duo—Capt. Wendy Rexon and her first-officer daughter, Kelly Rexon. Embry-Riddle is a world renown aeronautical university.

Just flew from LAX to ATL on Delta piloted by this mother daughter flight crew. Great flight. Inspiring for you women. pic.twitter.com/4Gk1vHCcZ1

“I thought that was amazing. I was in awe,” Watret said, according to a press release. “I asked if I could visit them, too.”

He then snapped a photo of the pair and posted it on Twitter.

“Just flew from LAX to ATL on Delta piloted by this mother-daughter flight crew. Great flight. Inspiring for you women,” he wrote on his post.

The post quickly took off and became an internet sensation, with over 42,000 likes and 17,000 retweets at the time of this publication.

“I don’t tweet a lot,” said Watret, who was on a trip home after visiting the Embry-Riddle Asia campus in Singapore. “On Sunday morning, my phone was blowing up.”

Many social media users said they were inspired by the photo while praising the mother-daughter for their cooperation.

“That is just the most amazing, wonderful news ever—seriously. My mother and I would never have flown together as crew. We couldn’t even agree on having the radio on/off in the car,” one social media user wrote.

That is just the most amazing, wonderful news ever – seriously. My mother and I would never have flown together as crew. We couldn’t even agree on having the radio on/off in the car.

“How about a big congratulations for a mother-daughter team! That’s a great accomplishment, I don’t recall many parent descendant ( is that politically correct enough) flight crews. Have tons of fun the both of you and a great career to both of them,” another person wrote.

Another social media user, who is also a pilot, took the opportunity to share a photo of him and his son flying together.

With my son, also pic.twitter.com/n6WrwNWapP

Watret said the viral tweet meant a lot to him as the university was focused on creating more opportunities for women in all areas of the aviation industry.

“It’s crucial and one of the key factors we focus on. When there are more opportunities, everyone wins,” he said.

Industry research conducted by Boeing forecasts that 790,000 new civil aviation pilots, 754,000 new maintenance technicians, and 890,000 new cabin crew will be needed to fly and maintain the world fleet over the next 20 years.

Piloting seems to run in the family with Wendy’s father, Bill Brown, being a retired pilot with Northwest Airline, her husband Michael Rexon is a pilot with American Airlines, and her other daughter Kate is also a pilot, reported Yahoo.