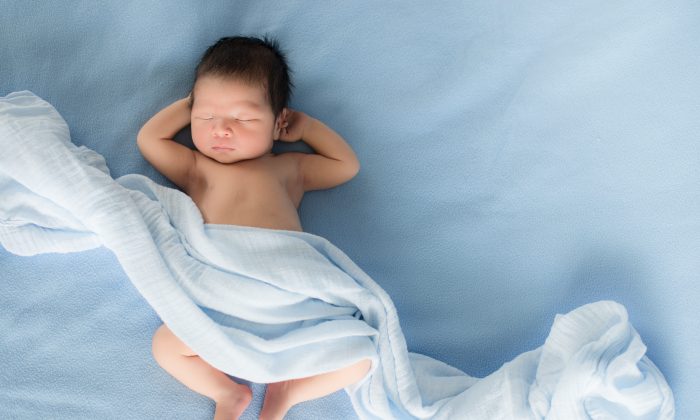 A stock photo of a baby (noBorders—Brayden Howie, Shutterstock)
US News

A mother has canceled her baby shower after her family and friends apparently criticized her choice for a name: Squire Sebastian Senator.

“Dear Members of the Squire Sebastian Senator Babyshower (sic),” read a post on Facebook, “I have a really important announcement to make. It brings me pain to have to tell you this, but I am canceling the event.”

Her friends, the unidentified woman claimed,  have spread “rumors and lies,” according to Fox News.

“Y’all have been talking [expletive] about my unborn baby. AN UNBORN CHILD. How can you judge an unborn child??” it added. The mother to be also said she was not “crazy” or “mentally unstable” when she chose the name, saying it “is only his first name.”

“He will not be allowed to have a nickname, he is to be called by his full and complete first name,” she wrote.

Her family is descended from a long line of “squires and senators,” she claimed.

“If you look back in our family tree, the survival of this clan is literally rooted in squiredom. We are all related to senators too,” she said in the post. “This name conveys power. It conveys wealth. It conveys success.”

“My baby’s name WILL be a revolution,” the woman continued.

“You cannot force me to change his name. This is the name I was meant to give him,” the woman added. “No, this is not his full name. ‘Squire Sebastian Senator’ is only his first name. This is how it will be.”

She signed off on the Facebook post with several curse words, while stating: “You won’t get to be a part of my baby’s life and it’s all because you had to judge him.”

On Reddit, where the post was shared, some criticized the woman for her name choice. “This could be the first ever child to run away from home before he’s born,” one person quipped. “I’ll say the same thing I tell any friend who gets pregnant: before you settle on a name, imagine growing up with it yourself,” a Redditor wrote.

“‘Why name your child something boring’ Because I’d like to not damn my unborn kid to school bullying and his job applications going right into the trash,” said another, according to the Fox report.

Last month, a woman criticized Southwest Airlines after one of its gate agents mocked a girl for having the name Abcde.

The girl’s name is pronounced like “ab-city,” and due to the girl’s epilepsy, the 5-year-old and her mother always preboard the plane.

The Redfords were flying back to El Paso, Texas, when the agent laughed at the name, Redford told the station, adding she also took a photo of the girl’s boarding pass and posted it on social media, she said.

“While I was sitting there, she took a picture of my boarding pass and chose to post it on social media, mocking my daughter,” Redford told the news outlet. “It was actually brought to my attention by somebody who had seen it on Facebook and reported it to Southwest Airlines. And after two weeks of doing a formal complaint, Southwest hadn’t done anything.”

“We extend our sincere apology to the family. We take great pride in extending our Southwest hospitality to all of our customers, which includes living by the Golden Rule and treating every individual with respect, in person or online,” said Southwest in a statement about the matter.

“The post is not indicative of the care, respect, and civility we expect from all of our employees. We have followed up with the employee involved, and while we do not disclose personnel actions publicly, we are using this as an opportunity to reinforce our policies and emphasize our expectations for all employees.”

Vocativ reported that the 5-year-old girl from El Paso isn’t the only one with the name Abcde.

“We came across a news story yesterday about a 7-year-old girl named Abcde. You read that right: Abcde, as in the first five letters of the alphabet. We assumed there’d been a typo, but we were wrong. So very wrong, it turns out. This first name, pronounced ‘AB-si-dee,’ is a lot more common than you’d expect,” Vocativ said.

The report added that Abcde appears to be more popular in the state of Hawaii.

“A little googling reveals that an Abcde Zoller plays soccer for the University of Hawaii at Hilo, and an Abcde de Coito teaches Zumba classes in the Aloha state. NameCandy’s Name Lady blogger suggests the name may also be relatively common in New Mexico and among Latino families,” the report said.