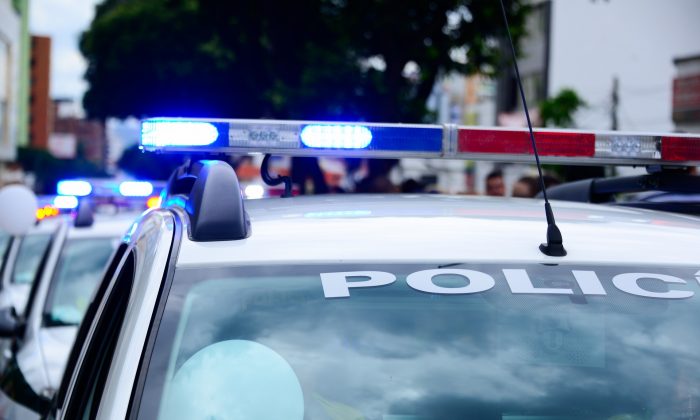 A Virginia mother has been arrested after she attempted to protect her daughter in a fight on May 21, which turned violent.

The 34-year-old mother, Keisha Rankins, was with her teenage daughter in the city of Newport News, when they were approached by another mother and her daughter, reported Rolling Out.

The two teenagers soon started fighting, and the other girl’s mother, as well as several other teenage girls, joined in the fight, allegedly trying to harm Rankin’s daughter.

In an attempt to protect her daughter, Rankin is accused of picking up a can of mace from the ground at some point and spraying everyone so they would get off her daughter.

Police responded to the incident at around 7:15 p.m local time, and found a group of females being “disorderly” when they arrived at the scene.

Around 7:15 p.m., police responded to reports of a fight in progress in the Belly Lee and Woodside Drive area of Newport News.​ https://t.co/NSS7JgoXrZ

Officers said some of the females had symptoms consistent with being sprayed by mace, reported WTVR.

Police found that several of the teenage girls had difficulty breathing and believe it could have been caused by the mace, reported Rolling Out.

According to WTKR, a mother of one of the teenagers involved in the dispute, Michelle Jones, had attempted to put an end to the fight, but it escalated.

“The children got past me and starting fighting my two daughters,” she said.

Police said they also spoke with Rankins at the scene.

“She couldn’t see. Eyes were burned. She ran in my house to get a gallon of milk to try and save herself,” Jones said.

It is not clear who the mace belonged to or why it was on the ground at the time of the incident.

Jones added, “As a mother how would you do that to somebody else’s child? What if someone did that to yours?”

The incident is not the first time a mother from Virginia has been arrested for attempting to defend her daughter from bullies.

Back in November 2017, a mother of a Norfolk elementary school student faced jail time for trying to help her nine-year-old daughter use a device to record her bullies. The charges were later dropped.

Mom Arrested, Charged with Felony for Putting Recorder in 9yo’s Backpack to Catch Her Bully

After the school failed to help this mother address her daughter’s bully, the mom took action and she’s the one being punished! 🤬🤬#FlashbackFiles

The single mother, Sarah Sims, gave her daughter a digital audio recorder, hoping to capture audio from her classroom.

Officials from Ocean View Elementary School confiscated the device as soon as they found it, and Sims found herself facing felony charges, WAVY reported.

This is insane, Mother of a 9 year old girl who’s being bullied puts a recorder in daughter’s backpack to prove teacher’s doing nothing.

The single mother was charged with “felony use of a device to intercept oral communication and misdemeanor contributing to the delinquency of a minor,” which could have meant five years in jail for Sims, according to the site.

“I was mortified. The next thing I know, I’m a felon. Felony charges and a misdemeanor when I’m trying to look out for my kid. What do you do?” Sims told WAVY.

A Virginia mother is facing felony charges after she sent her daughter to school with an audio recorder. She says she did it because her daughter was being bullied and the school wasn’t doing anything about it. https://t.co/sofvVQUyEI