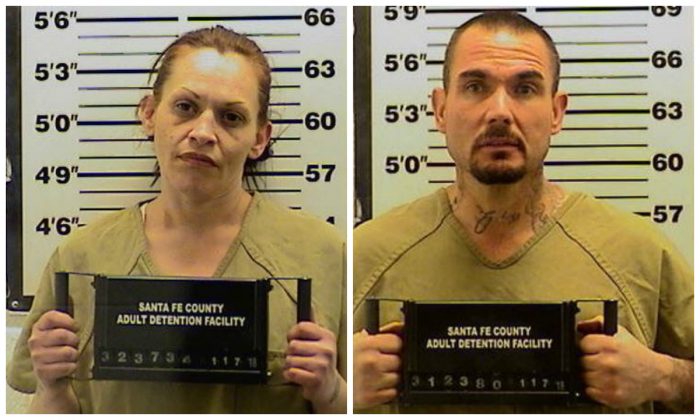 Mother and Two Others Arrested, Face Charges in Her Son’s Death

Three people have been arrested over the death of a teenage boy in New Mexico, including the boy’s mother.

The trio was charged with child abuse resulting in death, conspiracy, and tampering with evidence, reported KOB4.

Detectives believe Ferguson and Pena abused the teen on Nov. 24, 2017, and eventually caused the boy’s death, according to an arrest warrant affidavit.

Despite the boy needing medical care after the incident, neither adult provided him with any nor did they call law enforcement.

When the death occurred, the pair then took him to an undisclosed location to bury him.

A tip from an inmate led investigators to the trio, the affidavit said.

Pena had told the inmate that Ferguson was responsible for her son’s death when she was in jail in November for a few days, reported the Santa Fe New Mexican.

When detectives interviewed Pena, Ferguson, and Nunoz, who is Ferguson’s son, they heard conflicting accounts of what happened.

Both Pena and Nunoz blamed Ferguson for them staying silent about what happened, for fear of what he would do to them.

Nunoz told investigators that Ferguson punched Valencia in the face and stomach then dragged him to the back of the residence. He played loud music for the rest of the night and it was unclear what else happened then.

Nunoz told investigators that Ferguson was an abusive father.

Ferguson told police that Valencia was injured while playing with Nunoz and he didn’t call authorities because he didn’t want to be accused of being involved in the death, reported KOAT7.

Ferguson’s extensive criminal record includes a rape and kidnapping charge which led to a plea deal, and an obstruction conviction.