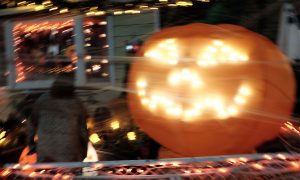 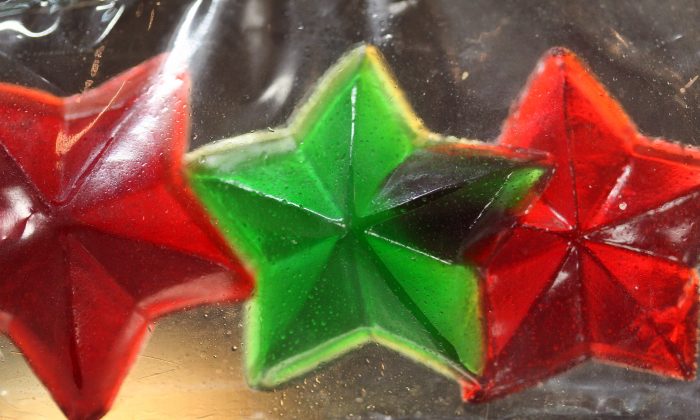 A Louisiana mother and her 11-year-old daughter were arrested this week after the child offered THC-laced gummy candies to fellow students at her school, according to St. Tammany Parish Sheriff’s Office.

One student at the Mandeville-area school was hospitalized after consuming one of the marijuana-laced gummies given to her by the 11-year-old, said spokesman for the sheriff’s office, Capt. Scott Lee.

THC, also known as delta-9-tetrahydrocannabinol, is the psychoactive compound responsible for many of the psychological effects of marijuana.

Lee said on Sept. 11 that detectives were alerted by the sheriff’s office deputy—who was working as a resource officer for the school—after he noticed a child “had a reaction” to a THC-gummy.

Detectives then visited the 11-year-old’s home where they discovered THC edibles and drug paraphernalia, according to Lee.

Price was arrested after admitting to investigators she had been manufacturing the goods.

Meanwhile her daughter was arrested for distribution of a Schedule I drug because she allegedly knew the candies contained THC, the sheriff’s office said. The child was released into the custody of a family member.

Sheriff Randy Smith said in a statement that an investigation has been opened into the matter.

“I applaud our resource officer and the staff at this school who immediately alerted detectives to launch an investigation after a student became sick, preventing the possibility of more children consuming the THC-laced gummies,” Smith said.

“This is an example of how our schools and law enforcement work together every day to keep our children safe.”

The investigation is still ongoing and additional charges may be added, said the sheriff’s office.

A March 25 study found emergency-room visits related to cannabis use in Colorado—the first U.S. state to completely legalize its use—tripled at one of the state’s largest hospitals over the past few years.

The study published in the Annals of Internal Medicine examined 9,973 emergency department visits attributed to both inhaled and edible cannabis between 2012 and 2016 at the University of Colorado hospital in Aurora.

Colorado in 2014 became the first state to legalize recreational cannabis.

Researchers found that while just 0.32 percent of cannabis sales stemmed from edible cannabis products, such as candy or cookies containing THC, ingesting cannabis made up 10.7 percent of emergency room visits.

Lead researcher Dr. Andrew Monte, a medical toxicologist and emergency medicine physician at the Colorado hospital, warned against the risks of edible cannabis for recreational use as cannabis laws continue to change.

“States moving to liberalize cannabis policy should consider keeping edibles out of the recreational marketplace,” he told CNN.

“There have been several high-profile deaths due to cannabis edibles but no documented death attributable to inhaled cannabis.”

In 2015, a man in Colorado died by suicide after ingesting a product containing cannabis, according to the study.

Monte added that said it takes far longer to feel the effects from edibles compared to inhaling cannabis, and their adverse effects can be far more intense, the Guardian reported.

“It was a striking thing. It wasn’t like these people were taking 100 milligrams or 500 milligrams of cannabis edibles. These were relatively lower doses,” he told the Guardian.

In an editorial published alongside the research, Dr. Nora D. Volkow and Dr. Ruben Baler of the National Institute on Drug Abuse said edibles can be far more harmful than inhaling cannabis if people ingest too much after not feeling the effects instantly.