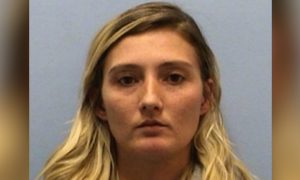 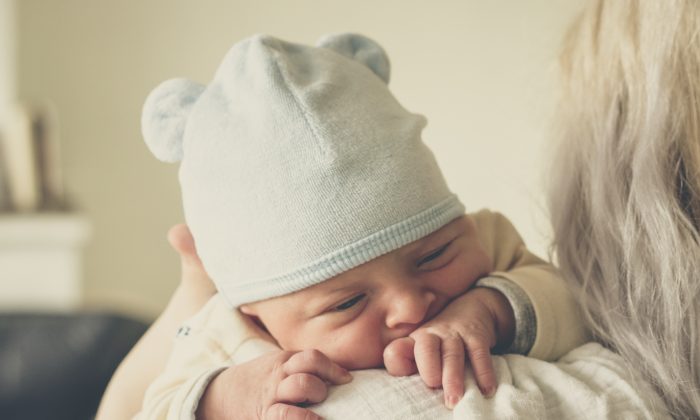 An undated stock photo of a mother holding a baby. (Echo Grid/Unsplash)
Europe

A young mother has been arrested for trying to sell her newborn baby on the black market in Russia.

Nongovernment organization Alternative co-operated with undercover police to set up a sting after spotting Kyzy’s ad to trade the baby. The mother is separately accused of unsuccessfully trying to sell her eldest daughter for the same amount back when the child was just aged 1.

The mother is accused of using a false name while trying to sell the child and also allegedly demanded a temporary flat in Moscow from the buyers. If convicted Kyzy could be jailed for up to six years.

Authorities have confirmed that the baby is safely in state care and likely to be put up for adoption. The mother’s two other children, a son aged 4 and eldest daughter, almost 2, have also been placed in state care.

“The life of the child is not now in danger,” a source from the Russian Investigative Committee told Yahoo7 News.

Kyzy denies the money she received was in exchange for the baby but was instead to compensate her for carrying and giving birth to the child, as she handed the baby over to a couple of strangers she had only met one week after giving birth.

The alleged seller handed over her baby to a totally unknown couple one week after birth.https://t.co/LLNXHHJrjg

However, Alternative claims the baby could have easily been sold to unscrupulous traffickers.

“We prevented the sale of a newborn girl who could fall into the hands of the criminals,” head of the organization Oleg Melnikov told Yahoo7.

Vladimir Tsurkanu of the Russian Investigative Committee admits there has been a jump in baby-selling cases with three reported in just a few weeks.

In another case, a mother was accused of selling her newborn boy for $125. A third mother attracted $6,450 for a boy.

“Similar stories are taking place all around Russia,” Tsurkanu told Yahoo7. “Police seek to block such attempts but women are trying to give birth using someone else’s documents to fool the legal system for adoption.”

There are some fears the children could be also traded by sex criminals or for body parts.

#RalphNortham‘s real crime is supporting the MURDER a baby thru it’s actual birth and saying “The infant would be kept comfortable” until murdered and sold for body parts. GOD IS WEEPING. Jeremiah 1:5 “I knew you before I formed you in your mother’s womb.”#TWGRPS #SCOTUS #SOTU pic.twitter.com/qGvMxaj7Sx

You know what’s disgusting babies being ripped out of their mothers and their body parts being sold on the black market. Oh wait you’re more worried about a squirrel being thrown 10ft and I’m sure landed safely. PC CULTURE