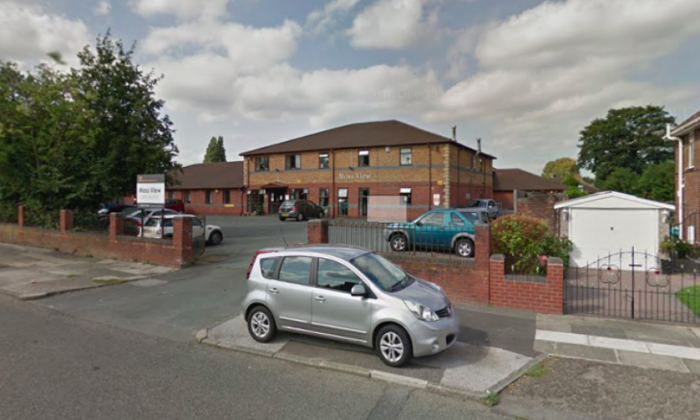 Moss View Nursing Home in Liverpool, England, where 98-year-old Ada Keatiing moved in with her 80-year-old son Tom Keating to care for him. (Screenshot via Google Maps)
UK

A mother in Liverpool, England, has moved in with her son, but not because of her old age and infirmity.

Rather, 98-year-old Ada Keating moved in with her 80-year-old son Tom Keating to care for him.

Philip Daniels, the manager at the Moss View nursing home where they live, told The Liverpool Echo that it’s very unusual for parents to move into the facility with their children.

“It’s very touching to see the close relationship both Tom and Ada share,” he told the Echo. “They are inseparable.”

Tom never married, and before he moved to the nursing home, he lived with Ada. He said he’s happy to have her nearby again.

“She’s very good at looking after me. Sometimes she’ll say ‘Behave yourself [to me],’” he told the Echo.

Ada says goodnight to Tom in his room every night and greets him in the morning. “When I go out to the hairdressers he’ll look for me to see when I’m coming back,” she told the Echo.“When I get back, he’ll come to me with his arms outstretched and give me a big hug.”

“You never stop being a mum,” she said.

Before retirement, Tom worked as a painter and decorator the for building services company HE Simm, while Ada was an auxiliary nurse.

Ada and her husband Harry had four children, but only three of their children are still alive. Their daughter Janet died when she was 13.

The other two children, Margi and Barbara, regularly visit their mother and brother at the nursing home.

“It’s reassuring for us that they’re both getting looked after 24/7,” Ada’s granddaughter Debi Higham told the Echo.