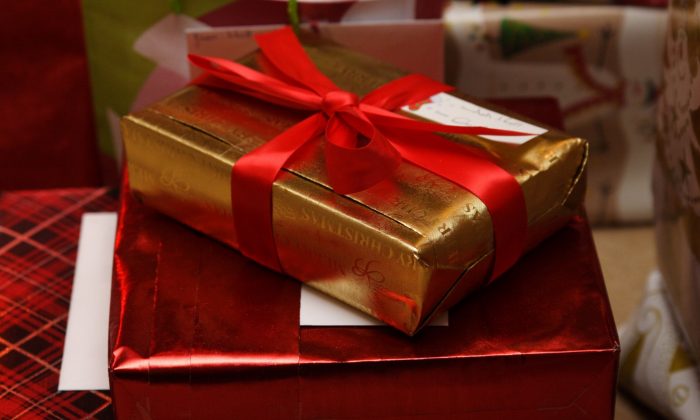 A mother from the United Kingdom was slammed on social media after posting photos showing large piles of presents under a Christmas tree.

Emma Tapping shared a photo of a pile of gifts next to a tree in her Isle of Man home, according to the Daily Mail on Dec. 22. She has posted similar photos during prior years.

Emma Tapping from the Isle of Man has previously spent £2,000 on her children
The 38-year-old has been slammed by social media users who called her selfish
She has said that 'nobody is going to change my mind' about the Christmas gifts pic.twitter.com/3BMehv4oYj

Tapping received criticism for the photo, as was the case in prior years.

“So many people have nothing you should donate them. Personally I think this is ridiculous who needs this many it’s just selfish,” wrote one person. “Might just be because I have 11 under my tree, but this photo is just disgusting,” said another person.

Others defended the mom, saying, “I think she should spend her hard earned money on what she wants, who are we to judge.”

Another wrote: “If I had that kinda cash best believe my kid would be so spoiled.”

Tapping last year issued a statement to news outlets about the controversial photos.

“I don’t spoil them throughout the year. If they want something they have to do chores and buy it themselves,” Tapping, 38, said at the time.

“If they break their phones for example, they don’t just get a new one from me. They get stuff they need but they don’t get spoiled. Christmas has always been a big day for me and I like to carry that on. I don’t really care what people think,” she added.

She added that “I work and I work hard. I have two jobs. I think to myself ‘it’s my money and they are my kids.”

Emma Tapping has shared a picture of her Christmas tree this year… or at least the top of it. Credit: Instagram/thebossmumtv pic.twitter.com/D6gEDHXAYl

“If I want to spoil them at Christmas, I’m going to do it and nobody is going to change my mind,” the mother also stated.

Other people had more mundane and less controversial comments.

“I have a serious question that I need an answer to,” one person asked Tapping. “Where the [expletive] do you hide it all? I don’t have a fraction of that and my kids have found them.”

Another wrote: “You must have the patience of a saint to wrap that lot.”

In 2016, Tapping posted several photos, saying she spent nearly $2,000 on 300 gifts for her children for Christmas. At the time, she said her three children received 96 gifts each.

“Another year of hard graft, saving and planning. Another year of my family making me proud everyday. They deserve a great Christmas. The haters will hate but nothing and no one will change how I do Christmas,” Tapping wrote at the time.

Holiday Spending on the Rise

U.S. online spending during the holiday shopping season is likely to grow 14.8 percent this year to $124.1 billion, far outpacing the 2.7 percent growth predicted for brick-and-mortar locations and highlighting the ongoing switch from stores to web shopping, reported Reuters.

The forecast was released on Thursday by Adobe Analytics, the web analytics arm of Adobe Systems Inc. The company measures transactions from 80 of the top 100 U.S. retailers and trillions of customer visits to U.S. retail sites.

Online sales this year will benefit from an extra day between Cyber Monday to Christmas, which is likely to provide a $284 million sales boost, the report said.