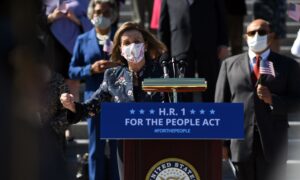 An Illinois mother fatally shot her 5-year-old twin daughters in her home, and they were later found by her husband.

“If she did this, I can’t imagine the terror in her heart,” neighbor Joan Paul told the Chicago Tribune. “Those kids were her life. She was an excellent mother.”

Celisa Henning died of a gunshot wound to the head, while her two daughters, Makayla and Addison were found dead nearby, autopsy reports have showed.

Henning, 41, reportedly suffered from health problems following a car accident, Norma Henning, the grandmother of the twins, told the Daily Chronicle. “She was just at her wit’s end,” she told the newspaper.

“There were no previous indicators that there was cause for concern from our end,” Police Chief Brian Benton said, reported ABC. “I’m not sure what prompted this, but again, it’s a terrible tragedy and we are very sensitive to the concerns of the family.”

“The principal feels the loss deeply,” Joliet Archdiocese spokesman Edward Flavin told CBS. “They are huddled together, they’ve had many meetings with the students.”

A memorial was set up for the children outside their home in Joliet.

“The community needs to mourn too,” said Greg Zanis, who set up the memorial, according to the Tribune.

Steven Henning’s father, Dennis, told the paper that Celisa was “disturbed,” adding that his daughter-in-law “was a troubled girl.”

There is a lot of information available on the organization’s website, including for veterans, young adults, and bully victims.

The Suicide Prevention Lifeline website identifies the following suicide risk factors. “Risk factors are characteristics that make it more likely that an individual will consider, attempt, or die by suicide,” the website states.