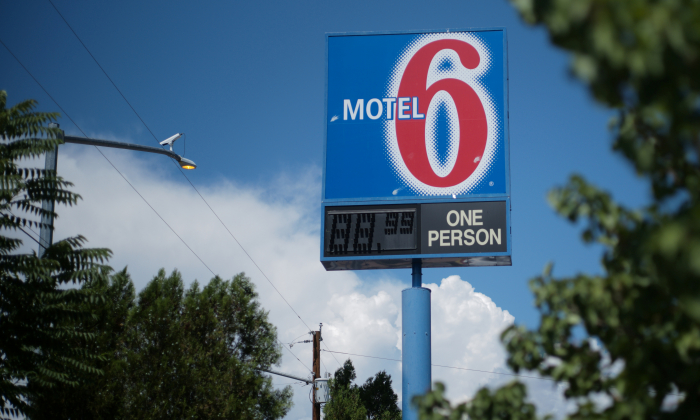 The Motel 6 hotel chain agreed to pay a $12 million settlement on April 4 for routinely cooperating with Immigration and Customs Enforcement (ICE) agents.

The $12 million will go to some 80,000 people who stayed at seven Motel 6 locations in Washington from 2015 to 2017. In a statement, Ferguson encouraged those who stayed at the hotels to reach out to his office for compensation. The attorney general promised not to share the information about those who reach out to the federal government.

Ferguson said guests’ rights were violated because the hotel gave their personal information to ICE without their knowledge. The information led to the successful detention and deportation of several illegal aliens.

A provision in the Motel 6 settlement will have a national impact. The chain agreed to not share guest information with ICE nationwide unless served with a warrant or other legal order, Ferguson said.

Motel 6 also agreed to provide training to all of its employees about disclosing information to federal authorities. The states attorney general will monitor the company for three years to ensure compliance.

Motel 6 said in a statement it was pleased to settle, and “the safety and security of our guests, which includes protecting guest information, is our top priority.”

“We are pleased to be able to reach a resolution in this matter,” a company representative told ABC News. “As part of the agreement, Motel 6 will continue to enforce its guest privacy policy, which prohibits the sharing of guest information, except in cases where a judicially enforceable warrant or subpoena is present, or local law requires this information.”

Ferguson filed a lawsuit in January 2018 accusing Motel 6 of violating the Consumer Protection Act and the Washington Law Against Discrimination.

The settlement came five months after Motel 6 agreed to a $7.6 million settlement of similar claims in a proposed class-action lawsuit in Arizona. That accord has yet to receive court approval, court records show.

President Donald Trump has made immigration a central focus of his presidency, but his efforts have met immense resistance from Democrats on the federal, state, and local levels. Both Ferguson and Inslee are Democrats.

While much of the focus has been on the southwest border with Mexico, ICE works in the interior of the United States to detain and deport illegal aliens.

Trump started reshuffling the leadership of his immigration enforcement agencies, replacing his nominee for the head of ICE, Ron Vitiello, and announcing that Homeland Security Secretary Kirstjen Nielsen is stepping down.

Nielsen is leaving amid what she recently called a “near complete system meltdown” in the border security system.

“At the current pace, we are on track to encounter close to 1 million illegal aliens at our southern border this year,”  Nielsen told the House Homeland Security Committee on March 6.