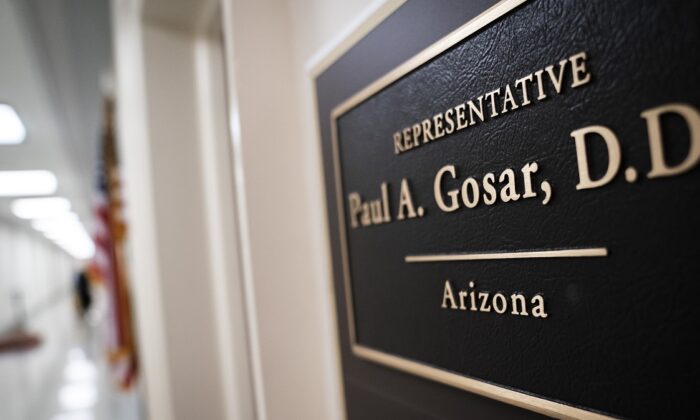 More than 52 percent of the respondents to Rep. Paul Gosar’s Twitter poll of what to call the novel coronavirus voted in favor of “CCP Virus,” the nomenclature adopted several weeks ago by The Epoch Times.

“Let’s settle this, what is the best name for this virus?” the Arizona Republican asked in a March 30 tweet. The four options he gave respondents included “Wuhan Virus,” “CCP Virus,” “China Virus,” and “SARS COVID-19 Red Death.”

Let’s settle this. What is the best name for this virus?

The CCP controls mainland China and is increasingly seen as responsible for the deadly virus that first appeared in Wuhan, the capital of Hubei Province, and spread to nations around the world.

The Epoch Times announced in a March 18 editorial that it would henceforth refer to the disease as the CCP virus because it “holds the CCP accountable for its wanton disregard of human life and consequent spawning of a pandemic that has put untold numbers in countries around the world at risk, while creating widespread fear and devastating the economies of nations trying to cope with this disease.”

Second in the Gosar poll with 23.7 percent was “Wuhan Virus,” which refers to the origin of the virus.

“Thank you to the thousands of Chinese who voted or commented on why this is an appropriate name,” Gosar commented in a second tweet.

Most news organizations referred in the pandemic’s early stages to the disease using either “Wuhan” or “China,” but they have more recently sharply criticized President Donald Trump for doing so.