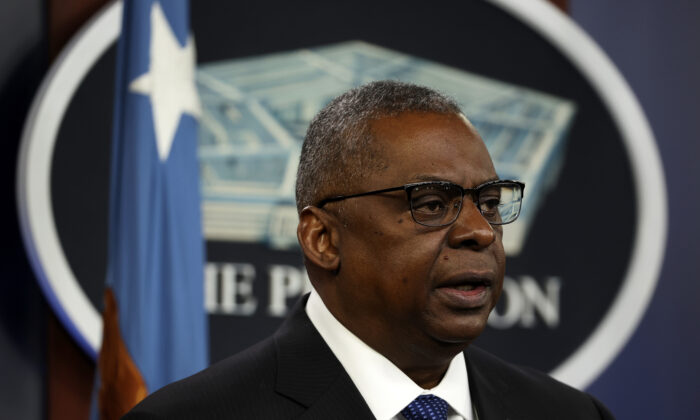 Most members of the U.S. armed forces who have seen their applications for religious exemptions from the military’s COVID-19 vaccine mandate denied were deemed by a chaplain to have a “sincere belief,” which may lead a federal judge to block the mandate for them.

One hundred percent of the religious exemption requests that have been denied by the Marine Corps and the Coast Guard were based on a sincere belief, according to chaplains, branch officials said in recent court filings obtained by The Epoch Times.

Col. Kevin Mahoney, an official with the Office of the Army Surgeon General and U.S. Army Medical Command, said that approximately 92 percent of the requests denied by the Army were designated by the interviewing chaplain as being based on a sincerely held religious belief or the chaplain didn’t otherwise find that the applicant’s stated reasons weren’t sincere.

The disclosures show that top military officials have overruled chaplains in more than 3,800 cases.

The number “confirms what many of us suspected, which is that the procedure for service members to submit religious exemption requests is basically bogus,” Jay Richards, a senior research fellow in the Heritage Foundation’s DeVos Center for Religion and Civil Society, told The Epoch Times.

The judge overseeing the case ordered the military to start on Jan. 7 detailing how many of the denied requests were judged by chaplains to be sincere, and the latest figures were to be reported on Jan. 21.

Navy and Air Force officials have defied the order, stating in exhibits that it is “UNKNOWN” how many of the denied requests—the Navy has rejected 3,573 and the Air Force has denied 2,740—came in cases where the chaplains made that determination.

The case was brought by Liberty Counsel on behalf of military members who said they had been denied religious exemptions and were either punished or threatened with punishment before or after the denials.

Lawyers asked the court to block the enforcement of the military’s mandate against the plaintiffs.

U.S. District Court Judge Steven Merryday, a George H.W. Bush nominee, turned down the request, but said it was “quite plausible” that the military’s procedures for religious exemptions “is a ruse that will result inevitably in the undifferentiated (and therefore unlawful under RFRA) denial of each service member’s request.” RFRA refers to the Religious Freedom Restoration Act.

At the time of the ruling, in November 2021, the military had granted zero religious exemption requests. As of Jan. 29, only one branch, the Marines, had granted any.

Merryday ordered the military to produce figures outlining how officials were handling religious exemption applications and kept open the possibility of ultimately ruling in favor of the plaintiffs.

Mathew Staver, founder and chairman of Liberty Counsel, said the judge should have entered the injunction last year, but with the new disclosures, he will likely act.

“He said our arguments were plausible. But I think what he was wanting to do is get more data to confirm that and force the military to reveal the true data. Now that he has received that, I think we’ll get the injunction across the board. Because everything that we said was true,” Staver told The Epoch Times.

At the heart of the case is the RFRA, which protects religious liberty under the First Amendment by preventing the government from placing a “substantial burden on a person’s exercise of religion.” The Pentagon uses the law’s standard to guide its process for accommodating military members’ religious practices.

Plaintiffs say their exercise of religion compels them not to get a COVID-19 vaccine, despite the order requiring vaccination. Defendants have said they’re properly considering and adjudicating each request, which begins with a chaplain and is sent to various officials, depending on the branch.

“At every step, each accommodation request is given full consideration with respect to the facts and circumstances submitted in the request. In each case, every reviewer weighs the compelling government interest against the individual’s request and the circumstances of their situation,” a Marines spokesman told The Epoch Times in an email, adding that the interest includes military readiness and health and safety.

“Religious accommodation requests include interviews with the soldier’s chaplain, recommendations from the chain of command, as well as a public health and a legal review. For privacy reasons, we cannot comment on specific exemption requests,” an Army spokesman added.

A Navy spokesman declined to comment, citing pending litigation. The Air Force didn’t respond to a request for comment. Coast Guard spokespersons have refused to answer recent questions about how the branch handles exemption requests.

Philip Cave, a military lawyer with Cave & Freeburg LLP, told The Epoch Times that in his view, the military doesn’t need to grant any religious exemptions to the mandate.

“It’s my professional opinion that it’s a lawful order and that there are substantial health and mission and national security reasons for enforcement of the order, despite the RFRA,” he said.

Richards, though, said court precedent means service members retain their First Amendment rights after joining the military, which means the military has to respect their religious beliefs.

“I would find it extraordinary if the courts determined that members of the military had no right to religious exemption requests under any circumstance,” he said.

The case, which was filed in federal court in Florida, is ongoing. In a separate case, a federal judge in Texas blocked enforcement of the mandate against a group of Navy SEALs who were denied religious exemptions, ruling that the Navy rightly provides a religious exemption process, “but by all accounts, it is theater.”