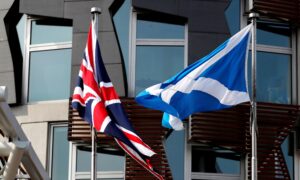 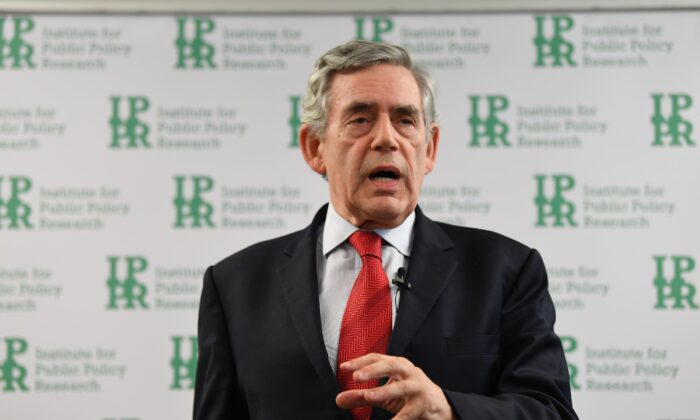 Most Scots Do Not Have Enough Information on Independence, Poll Suggests

Nearly six out of 10 Scots think they do not have enough information to make an informed choice on independence, a poll has suggested.

It comes as former Prime Minister Gordon Brown called on the Scottish National Party to “open the books” and hold public hearings in Holyrood and Westminster on the effects of leaving the UK.

Overall, fewer than a third of poll respondents felt confident about knowing the effect of independence on issues including the English border, Scotland’s security arrangements, tax, currency, and EU membership.

The survey was carried out on behalf of Our Scottish Future, a non-profit organisation set up by Brown in 2019 which says it stands for “middle Scotland”—in between “hardline nationalism” and “muscular unionism.”

Some 1,000 Scots were questioned by Stack Data Strategy between May 7 and 8, with responses weighted to census figures on age, gender, education level, and recorded vote in the Scottish Parliamentary elections, the group said.

Brown said in a statement: “Middle Scotland’s support for the SNP and for independence is conditional—and they are now asking the SNP for honesty, for openness, and for getting the facts on the table.

“It is time for the SNP to open the books.

“I believe that it is time for the SNP to agree to hold public hearings on what independence means for everything from the pound to the pension.”

Respondents were asked, “Do you believe that campaigners for independence have given enough information about what Scotland would be like if it became independent (e.g. on currency, taxation, legal rights, EU membership, the border) for you to make a fully informed choice at a future referendum?”

Brown added, “When even a quarter of committed independence supporters agree we don’t know enough to make an informed choice on independence, surely the onus is on the SNP to come clean?”

The poll also asked voters to set out their top three priorities.

Overall, “NHS catch-up” was the most popular, followed by “reduce COVID/vaccines” then “protect and generate jobs.”

“Prepare for a second independence referendum” was eighth on the list overall, fifth among SNP voters, and third among those who identify as nationalists, figures show.

The First Minister, Nicola Sturgeon, has told Prime Minister Boris Johnson that a second vote on Scottish independence should be a “matter of when—not if,” while SNP Westminster leader, Ian Blackford, said earlier this week there is now a “fresh democratic commitment to give the Scottish people the right to choose an independent future.”

SNP MSP George Adam said: “The SNP won last week’s election by a landslide and there is an unprecedented, 15-seat, cross-party, pro-indy majority at Holyrood.

“The first minister was absolutely clear throughout the election campaign, as was the SNP manifesto, that her immediate focus was continuing to lead Scotland safely through the pandemic.

“But once the COVID crisis has passed, people in Scotland have the right to choose our own future, and whether to equip our parliament with the powers it needs to drive Scotland’s long-term recovery, not to leave our recovery in the hands of the austerity-driven Tories.

“That means there will be a post-pandemic, independence referendum and, as the first minister has also repeated time and time again, it will be at that point the SNP bring forward a detailed and comprehensive prospectus for independence—as it did in 2014—that addresses all those questions the people of Scotland will quite rightly want answered.

“Meanwhile, the people of Scotland might also want to know why Gordon Brown continues to campaign to keep Scotland subjected to a disastrous hard-Brexit Tory Government—which this country has emphatically rejected—and deny us the immense opportunities of having full powers to use our human and natural resources to build a better Scotland.”