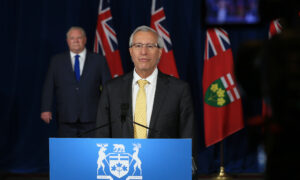 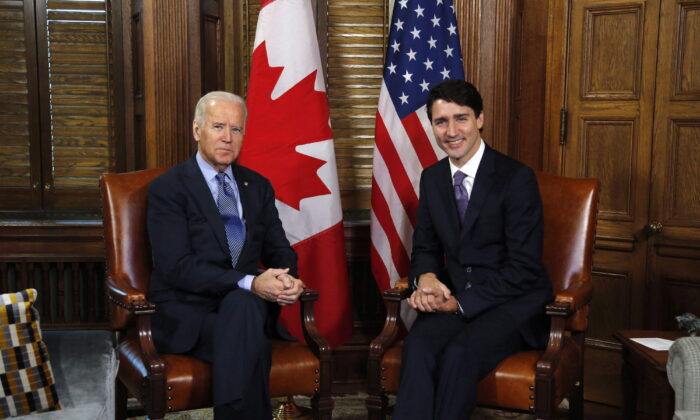 A special committee on Canada-U.S. relations will be formed by the House of Commons after the majority of MPs voted in favor of the motion on Tuesday.

With the exception of the Green Party, the Tories managed to garner support from the Liberal government, opposition Bloc Quebecois, and the New Democratic Party in a 326-3 vote.

This means the new committee will soon “conduct hearings to examine and review all aspects of the economic relationship between Canada and the United States” as mandated by the motion if passed.

“The Canada-U.S. committee will get answers for Canadians,” said Conservative Leader Erin O’Toole in a statement Tuesday. Particularly, the “‘Buy American’ procurement rules, the economic impacts of the cancellation of the Keystone XL pipeline and the threat of the Line 5 pipeline cancellation on both our countries, and other important issues like tariffs, energy security, and the environment.”

“At a time when both our countries need to be focused on getting people back to work and restoring our ways of life post-COVID-19, we must begin planning to reopen and rebuild our economy.”

According to Conservative trade critic Tracy Gray, trade between the two countries exceeds $1.5 billion a day, and so Canada’s partnership with the United States is of critical importance.

The new committee will consist of 12 MPs, of which six—including the chair—will be from the governing Liberals, four from Conservatives, one from the Bloc Quebecois and NDP, respectively. The members will be named by Feb. 18.

The first meeting is slated to happen next Tuesday. Members of this committee will have the authority to invite deputy prime minister and finance minister Chrystia Freeland, foreign affairs minister Marc Garneau, international trade minister Mary Ng, Canadian ambassador to the United States Kristen Hilman, other ministers and senior officials to appear as witnesses from time to time as the committee sees fit.

The special committee is also expected to produce interim reports of the Enbridge Line 5 pipeline by April 15, and the “Buy America” procurement rules, requirements, and policies by June 17, as stated in the motion.

When asked previously why the issues of Canada-U.S. relations couldn’t be accomplished within the Standing Committee for International Trade, Gray said it’s due to the heavy workload the existing committee is already facing.

Gray added that it is crucial to have specific parameters in the motion so that the scope is clear for the new committee to address emerging issues that are important to Canadians.