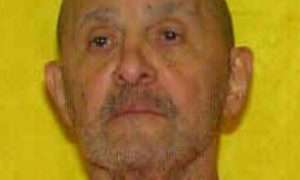 ‘Most Loving Kid’: 13-Year-Old Hangs Self in Bedroom After Alleged Bullying

An Ohio family is mourning the loss of 13-year-old Aaron Fuller who they said hanged himself in his home after alleged bullying.

The Toledo Blade reported that Aaron hanged himself with a belt on Jan. 11.

His father and stepmother, however, claimed he was bullied since last year, saying they attempted to address the bullying with school staff at Lake Middle School, where the teen was a sixth-grade student.

“Every night when I go upstairs, his room is right across from ours, and I look in there and I still can’t believe it, I still say goodnight to him and tell him that I love him,” Steve Fuller, the father, said. “I can’t say it hasn’t sunk in that he’s gone, but I don’t want to believe it. I just can’t believe it right now.”

Steve and Aaron’s stepmother, Tami, said little was done to help the boy.

“[The bullying] has to stop,” Fuller elaborated. “People have to learn. … These kids aren’t just getting bullied, but they know if they go say something to a teacher or someone else, they’re the next one who is going to get picked on or beat up.”

In a statement to the Toledo Blade, Lake Schools superintendent Jim Witt stated that “our school family is heartbroken over the death of our student, Aaron Fuller.”

“When we send our kids to school every day, we assume they’re going to be safe. It’s a safe zone, but it’s not.” Tami Fuller, Aaron Fuller’s stepmother on bullying after Aaron took his own life. Read more at https://t.co/D3nijyHd6X pic.twitter.com/nBl19c1FfP

“Our prayers go out to Aaron’s family and friends during this most difficult time. All of us who knew Aaron are grieving and will miss him very much. At this time, due to an ongoing police investigation and potential litigation, the district will have no further comments regarding this matter,” Witt continued.

According to the report, other children mocked Aaron when he didn’t have lunch or have any money. They reportedly told him that his parents didn’t love him enough to feed him.

The report said they also made fun of the way he dressed. Every morning, according to the paper, he would replace his new shoes from Walmart with an old pair of Nikes because the name brand could ward off the bullying.

The bullies then allegedly told Aaron to kill himself via social media. Aaron stood up for himself and talked to his parents, who spoke to school officials, the Blade reported. According to his parents, they said they couldn’t do anything because Aaron engaged in exchanges with other kids.

“When we send our kids to school every day, we assume they’re going to be safe,” Tami Fuller, Aaron’s stepmother, told the Blade. “It’s a safe zone, but it’s not.”

They said he tried to kill himself in September after discovering a bottle of rum and Aaron in a puddle of his own vomit. Aaron, who began getting counseling, said he was trying to make the pain go away by drinking.

“He was the most loving kid,” Tooley said. “Whenever you saw him, it was always a big hug and fist bump, let’s get the party started.”

According to Stop Bullying, a government group, 28 percent of students in the United States have experienced bullying while 70 percent of youth have seen bullying at school.