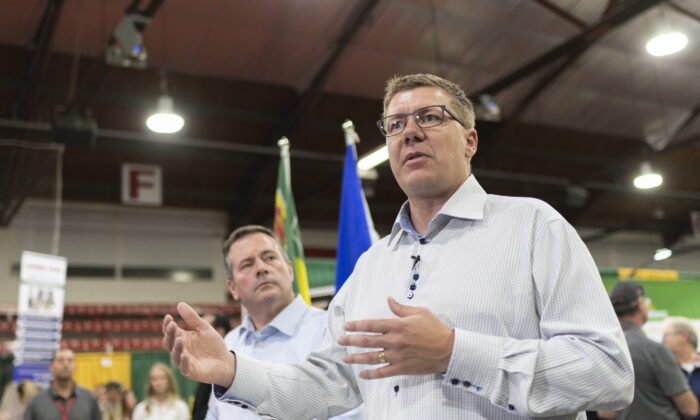 Most Canadians Still Think Country More Divided Than Ever

According to a year-end poll, a majority of Canadians think the country is more divided than ever.

That statistic, just shy of 60 percent, remains relatively unchanged since immediately after the October election, the Ipsos poll conducted for Global News says.

Western alienation reached boiling point in Alberta and Saskatchewan in the aftermath of the election, in which the two Western provinces overwhelmingly voted for the Conservative Party, but the Liberals formed a minority government despite not winning a single seat in either province.

As for Quebec, the Bloc Québécois more than tripled its seat count in the election. The surge is seen more as a desire for Quebec-first policies in the Confederation rather than a drive for separation, which the Bloc is keeping on the back burner for now.

While Alberta Premier Jason Kenney and Saskatchewan Premier Scott Moe have said they’re no fans of the separation movement known as Wexit, they’ve made it clear to Prime Minister Justin Trudeau that their citizens feel neglected by Ottawa, as reflected in environmental regulations impeding progress on pipelines and resource delivery to markets.

In a sign the government is heeding the Western provinces’ grievances, Deputy Prime Minister Chrystia Freeland made her first trip since her designation to the post to Alberta to visit with Kenney in November. Observers, however, criticized the government for not addressing the problems faced by Alberta and Saskatchewan in the December throne speech.

“I know national unity historically in Canada has applied primarily to Quebec.  But the level of anger, certainly in Alberta and to a lesser degree in Saskatchewan, is probably the highest I have seen since the early 1980s [the years of the National Energy Program],” said Geoffrey Hale, a professor of political science at the University of Lethbridge.

“It will require substantial effort by the prime minister to bring regional voices to the table in Ottawa.”