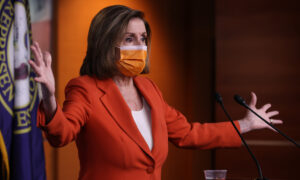 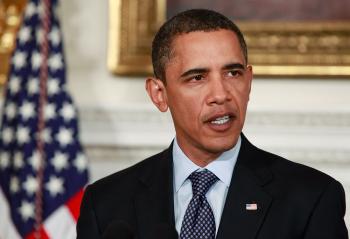 President Barack Obama, the most admired man of 2009, speaks about the attempted terror attack on a US bound airline on Christmas Day on January 7, 2010 in Washington, DC. (Mark Wilson/Getty Images)
US

Most Admired of 2009 (USA TODAY/Gallup Poll)

By Vicky Jiang
biggersmaller
Print
President Barack Obama is the man most admired by Americans, while Secretary of State Hillary Rodham Clinton and former Alaska governor and Republican vice president nominee Sarah Palin are virtually tied for the most admired woman, according to an open-ended poll conducted by USA TODAY and Gallup as reported by USA TODAY.

Despite the decline of Obama’s approval rating from 83 percent during his transition into office to 49 percent in November, according to Gallup’s polls, 30 percent of those polled named him as the most admired man. The only presidents to score higher in the poll were George W. Bush, during the aftermath of the Sept. 11 attacks, and John Kennedy in 1961.

Votes for Obama also show a partisan split. He was named by more than half of Democrats but just 7 percent of Republicans.

The poll has been taken by Gallup nearly every year since 1948 and exhibits a general overview of the nation’s people’s views and knowledge of politicians, popes, talk-show hosts, and more.

Among women, Hilary Clinton has been voted as the first or second most admired woman for 17 years, initially as first lady in 1993 and now as Secretary of State.