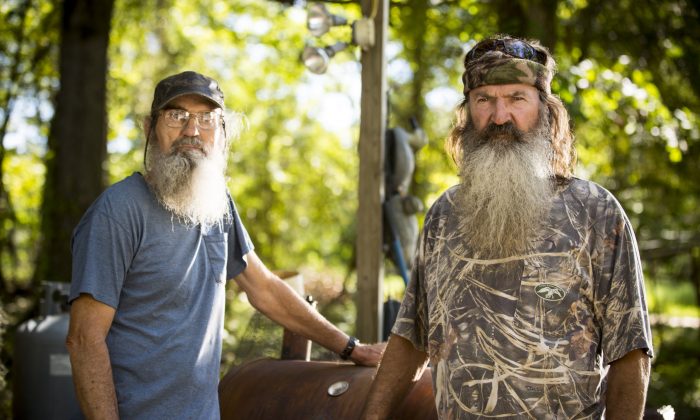 Mossberg & Sons and the Robertsons of “Duck Dynasty” have teamed up to produce Duck Commander guns for duck hunting.

Duck Commander and Mossberg inked a deal last year but reports of it didn’t surface until Friday.

“The Duck Commander franchise was built on hard work, family values and our great American heritage. As an iconic, hard-working American product, made by a family-owned company, Mossberg is a perfect partnership for our team,” said Willie Robertson, the CEO of Duck Commander, in a statement.

The gun company will now work with the Robertsons for the waterfoul guns.

“Terms of the multi-year agreement will include focus on the family’s passion of waterfowl hunting, promotion of the shooting sports and family values as well as a series of Mossberg ‘Duck Commander’ firearms,” reads the press release.

The Duck Commander company was founded by the Robertsons and is now said to be worth millions, likely in part due to the fame brought on by A&E’s highly popular “Duck Dynasty.”

News of the deal comes after reports indicated that Phil Robertson’s book sales have spiked after he made controversial comments last month, prompting A&E to drop him from the show before they allowed him back on.

Between Dec. 15 and Dec. 22, book’s sales increased by 86 percent, according to Publishers Weekly.

“The book, which publisher Simon and Schuster elected to keep on the shelves amidst the fallout after Robertson’s remarks were made public on December 18, saw an 86% increase between the weeks ended December 15 and December 22, according to the outlets that report to Nielsen BookScan, and sold about 35,000 copies. Lifetime sales for the bestselling book, released last May, come in at just over 630,000, according to BookScan,” Publishers Weekly wrote.